In this essay, the author examines the relationship between democracy and capitalism, taking as a starting-point Bobbio's appropriate thinking, whereby the two are linked by an "embrace" that is both life-giving and mortal. In particular, the essay focuses on global financial capitalism, which requires total independence from political control and thus ends up by endangering democracy itself. According to this interpretation, neoliberalism turns out to be a totalitarian ideology, which lends support to such a transformation, justifying the "natural" allocation brought about by the market and the consequences thereof. The author, on the contrary, maintains that it is necessary to guarantee at least a minimum level of welfare, in the absence of which the notion of "citizenship" would be a hollow word and democracy itself would be at risk. 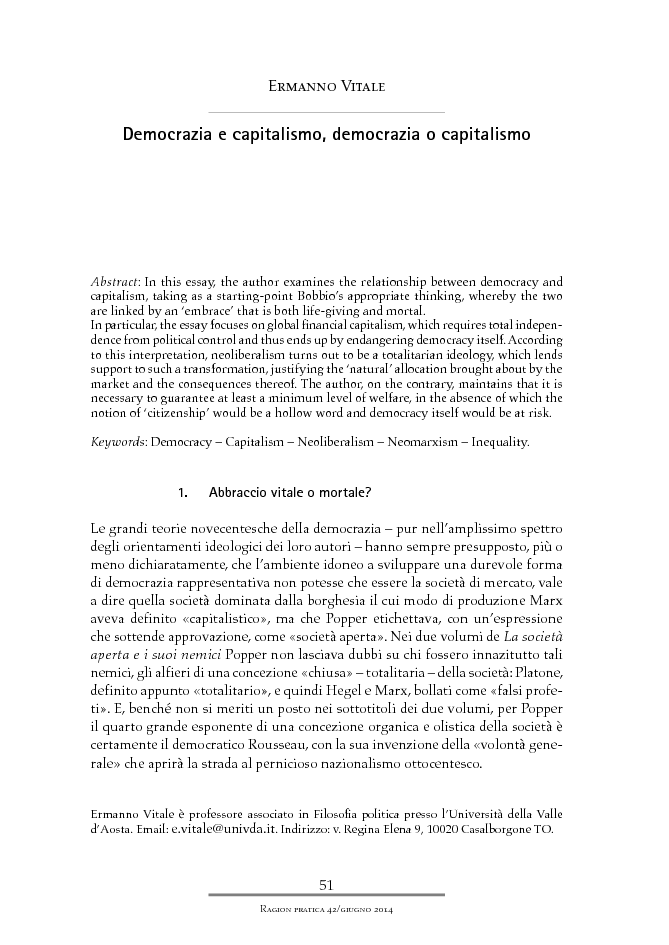