The article deals with the complex relationship between G.E. Moore and the tradition of utilitarianism, with a view to establishing Moore's contribution to its contemporary developments. It is shown that Moore's treatment provides a partly original understanding of the theory, which tends a) to put much more emphasis on the maximisation of utility than the classics did, b) to insist on the utilitarian calculus as a decision procedure, c) to consider the utility of every single act in itself, with no reference to the class under which it falls and d) to focus on actual, rather than expected, consequences. Moreover, it is also observed that, his celebrated criticism of hedonism, Moore's conception of the good, particularly as it is presented in "Ethics", is less distant from the classical utilitarian account of happiness than the one defended by Rashdall's 'ideal-utilitarianism'. Moore's discussion on moral rules is taken on, showing the influence it has had on the subsequent development of different forms of rule-utilitarianism. 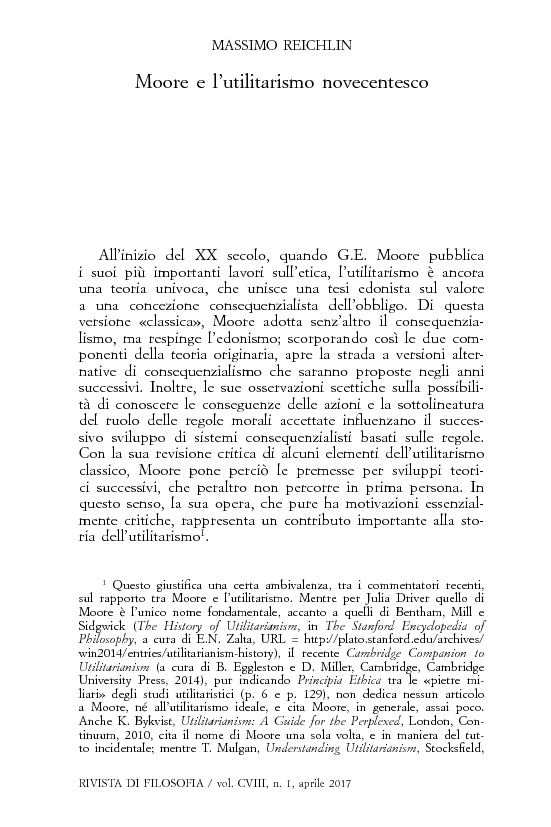