The article attempts to set out some ideas that can perform the role of "prolegomena" in a conception of global justice. Having discussed the objections put forward by political realists and communitarians, the article outlines the scope and the limits of the different Kantian proposals of John Rawls and Jürgen Habermas. Against the background of the distinction between cosmopolitanism and statism as characterized by Thomas Nagel, the author proposes that the connection between institutions and justice should be admitted. However, that research should focus on the sites of global justice, where the density of interdependence and of economic, cultural and ethical connections beyond borders generate the emergence of global institutions. Such ideas as realistic utopia, development as freedom, basic procedural justice, and density of connections, can supply criteria for both, ethical evaluation and justification of possible institutions and practices in a less unjust world. 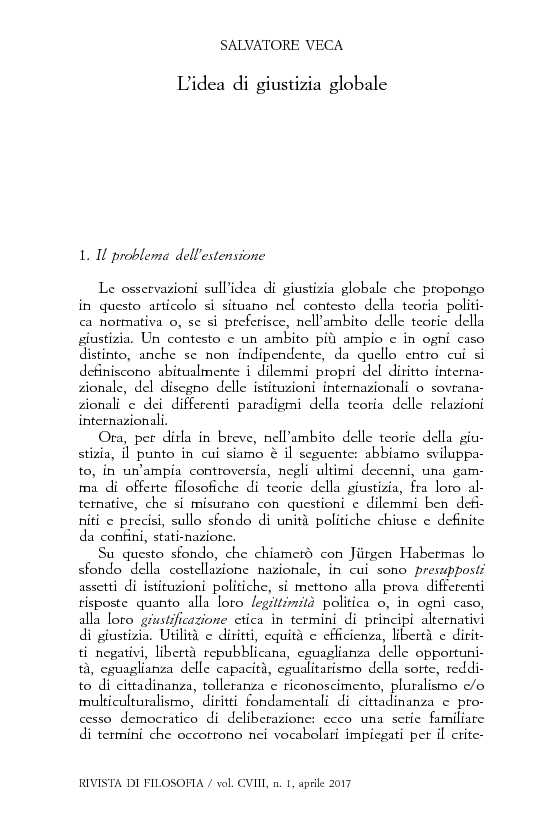