The concept of interiority, which Augustine is justly regarded as having invented, seems to pose a two-fold difficulty. On the one hand, the "intus" seems only to be defined negatively, that is to say, in terms of its essential difference with respect to a "foris", the boundaries of which Augustine is forced to extend from time to time. On the other hand, there seems to be no other guarantee of the existence of this interior «place» (posited as inaccessible and incommunicable) other than God, its sole spectator. The identification of interiority with memory, which is affirmed in Book X of the "Confessions" and finally seems to give a countenance to this interior space, far from resolving the problematic nature of Augustine's position, ends up complicating it even further. The aim of this article is just to show how, by identifying memory with interiority, Augustine runs the risk of undermining one of the key components of his ontology, namely, the distinction between "intus" and "foris". Of decisive importance for our purposes is the reference to the relationship between memory and infancy, an issue that is significantly evaded on a number of occasions. 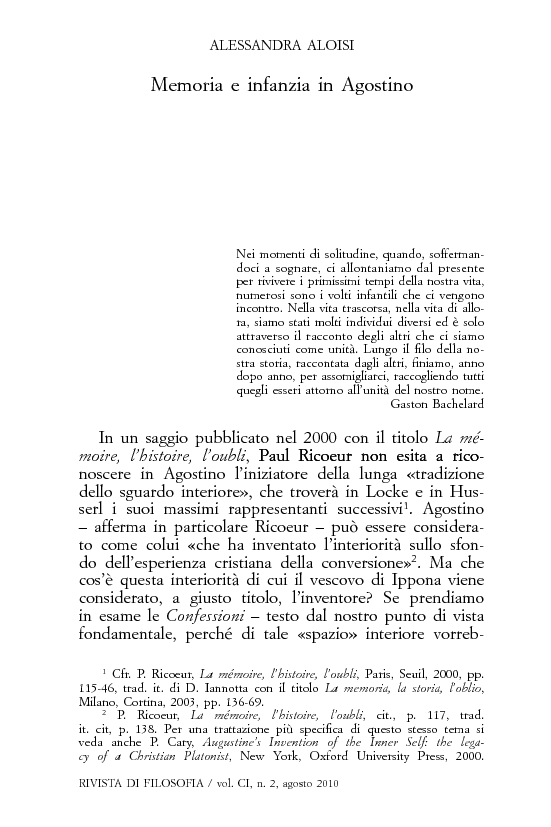