The paper focuses on the problem of free and responsible agency, in particular on what makes actions a particular class of events. In Hegelian terms, it means to determinate the difference between a "Handlung", or a genuine action, and a "Tat", a thing which is simply done. Aiming at illustrating the peculiar solution offered by He¬gel to such a modern problem, the paper considers his objections against any causal or voluntarist theory of action, which means in¬tention and act as two moments of a deterministic process. Hegel's solution moves instead towards an interpretation of agency which is characterized by his original position of the speculative identity of inner and outer components of action, i.e. by his understanding of the reciprocal influence between subjective (inner) realm of in¬tention and self-description of action on one side, and its external (outer) manifestation in the social realm it belongs to. The dialectic relation between this two moments is the key to catch the originali¬ty of Hegel's theory of action. 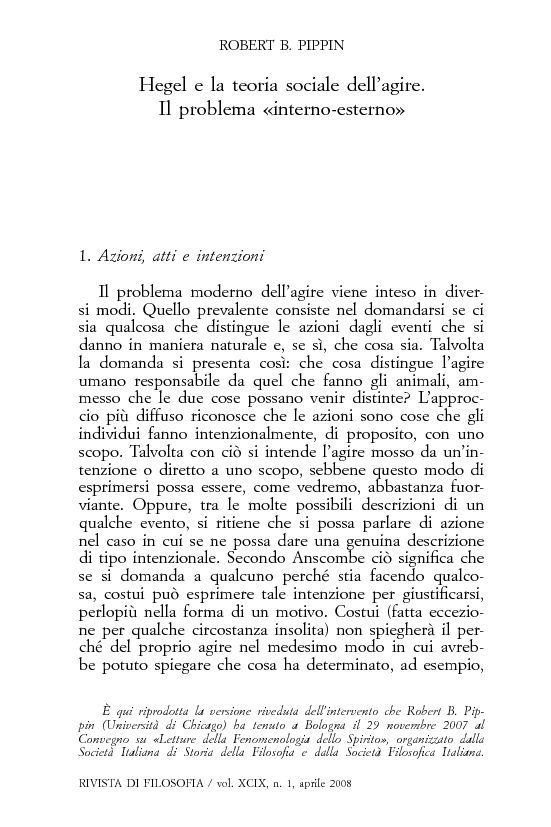