Locke scholars have recently turned their attention to his last theological and exegetical writings, and stressed the importance of his posthumous "Paraphrase of St Paul's Epistles". The content of this work, and of contemporary manuscripts, shows a direct relation with prominent philosophical issues of the "Essay concerning Human Understanding", such as the problem of personal identity and the connection between matter and thought. Locke uses the apostle's teaching as a support for his own criticism of dualistic metaphysics, and for his "mortalist" interpretation of the meaning of death and resurrection. In fact, the main source of his analysis is a classical apologetic work, "The True Intellectual System of the Universe", by Ralph Cudworth. Locke, however, replaces the soul of the Platonists with the "person", as the proper subject of human identity. While rejecting the notions of matter and spirit as separate substances, he asserts the difference between corruptible and immortal bodies, corresponding to the moral and intellectual conditions of earthly and eternal life. In both cases, personal consciousness is only made possible by the "superaddition" of powers, which are the free gifts of God's mercy towards human beings. 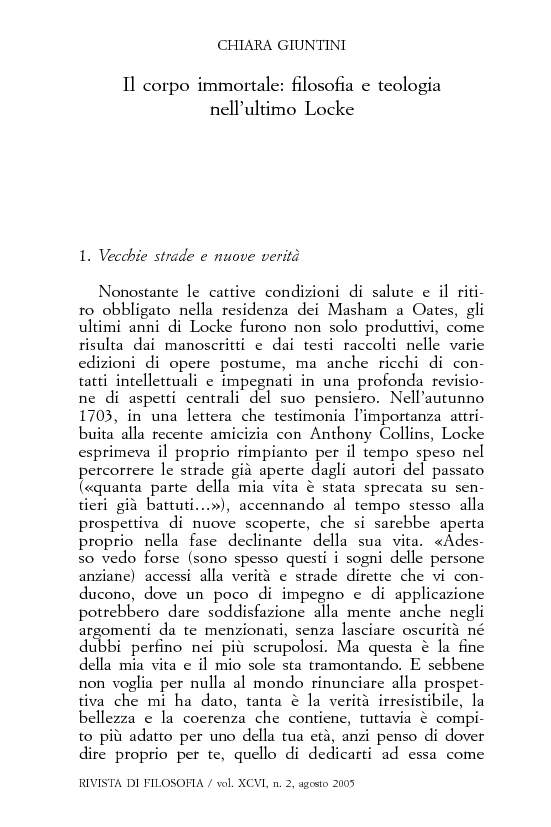