Science and philosophy were born together but, while natural science has become autonomous from philosophy since the 16th century, and today we expect scientists, not philosophers, to tell us about nature, both science and philosophy still claim to tell us about the human mind. Science and philosophy are both rational enterprises that aim at knowing reality by "articulating reasons" but, while for philosophers "reasons" are only verbal arguments, for scientists "reasons" are both verbal arguments and systematically gathered empirical evidence. The failure to separate science from philosophy in the study of the mind manifests itself in the fact that today, on one side, many philosophers of mind tend to imitate scientists in using experimental data to support their claims and, on the other side, many scientists who use formal and computational models tend to ignore experimental and other evidences as a test of their models. This risks to turn philosophers into second-hand scientists, and scientists into bad philosophers or, in the best hypothesis, into technologists. 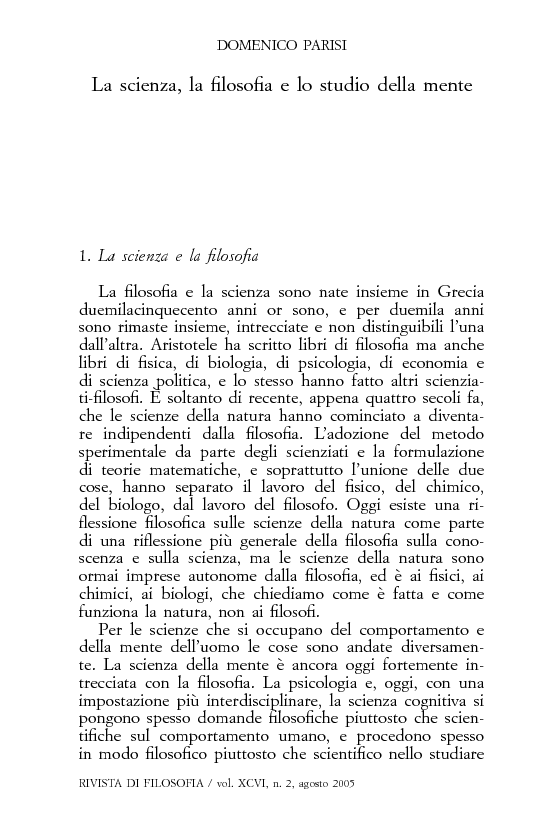