Three significant personalities mark the philosophical teaching from 1916 to 1968 at the Facoltà di Lettere of Genoa University: Giuseppe Rensi, who in 1918 replaced the last eminent positivist philosopher Alfonso Asturaro as professor of "filosofia morale", and in 1933 was compelled to silence by fascism; Asturaro's pupil Adelchi Baratono, who became professor of "filosofia teoretica" only in 1937, after a long and difficult career; and finally, the catholic scholar Michele Federico Sciacca, who replaced Baratono after his death in 1947. Notwithstanding the scientific abilities of the others, only Sciacca succeeded in building a permanent local tradition of studies. This tradition, though, collapsed in 1968, when Sciacca retired to the "Facoltà di Magistero", and his pupils Alberto Caracciolo and Romeo Crippa opened new research directions. At the same time, at the Law Faculty, after Giorgio Falchi's long presence, Luigi Bagolini assumed the chair of "filosofia del diritto ". When he moved to Bologna University, his young pupils Giovanni Tarello and Silvana Castignone replaced him with a new analytic methodology. 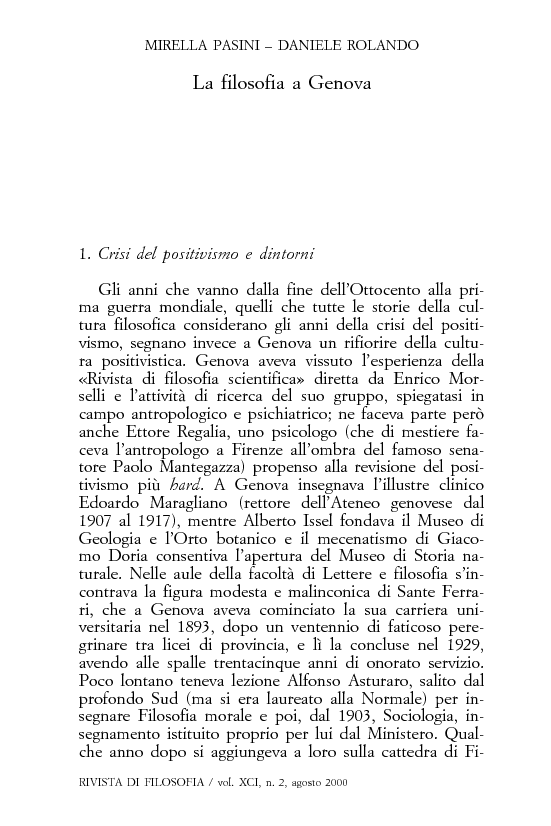