During the period from 1945 to 1960, the Faculty of Philosophy of Padua could have given the impression, not completely justified, of a catholic hegemony. This impression was basically related to the teaching of L. Stefanini (personalist) and V.A. Padovani (thomist), and to the promotion of the "Centro di studi filosofici cristiani di Gallarate", which was conceived in Padua and became famous all around Europe. In 1956 C. Diano founded the "Centro per la storia della tradizione aristotelica nel Veneto", which in fact determined the renaissance of the study of Aristotle. In the following years M. Gentile and C. Giacon reprposed a form of "classical metaphysics" inspired by Aristotelianism. This tendency was the target of some attacks in the 70's, but it is, still today, a well known tradition in Italy and in Europe. This tendency coexists in Padua with many other philosophical issues, so that the new philosophical department is characterised by a widespread pluralism. 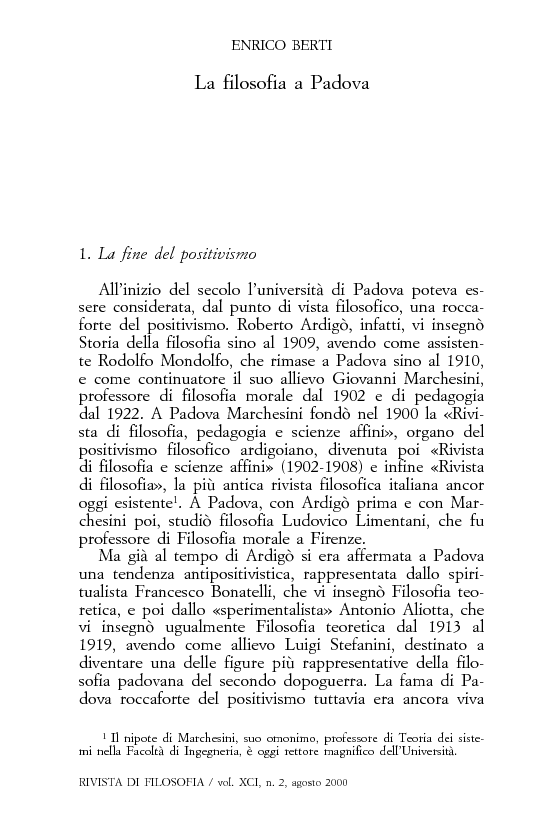