Piero Martinetti’s unpublished papers are preserved in the archive of the Accademia delle scienze in Turin and in the archive of the Casa e archivio Martinetti in Castellamonte, which is in the nearby town of Turin. This article aims to bring to the attention of scholars the names of philosophers who contributed to the structuring of Martinetti’s thought. The most important philosophers in Martinetti’s education were Wundt, Schuppe, Avenarius and many other less known thinkers. The rich material preserved in the above mentioned two archives can help, on the one hand, to clarify decisive moments in the drafting of the treatise Introduzione alla metafisica (1902-1904); on the other hand, it allows to deepen the understanding of chapters of European thought of the second half of the Nineteenth century, which have been studied rarely by historians of philosophy. 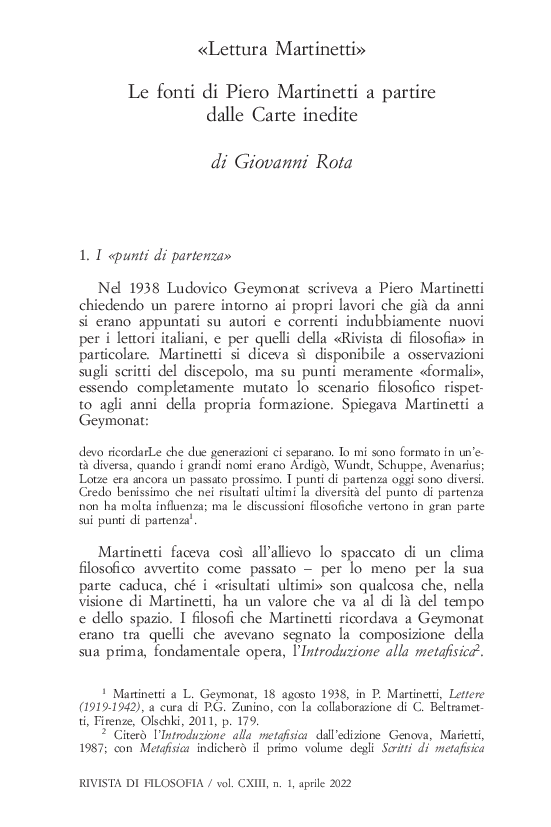