In this paper I suggest that Zeno of Sidon’s objection to Euclid’s Elements, which has been passed on us in a long passage by Proclus, is to be interpreted in terms of the uniqueness of the intersection point of two straight lines. According to this interpretation, Zeno objected that nothing in the Elements excludes the possibility that two straight lines may intersect in two points at least. This interpretation is based on a diagram which has been transmitted in the manuscript tradition of Proclus’ commentary and is sustained by a note to Elem. XI, 1 due to Theon. Although the interpretation remains conjectural, I provide textual evidence from different ancient sources showing that the issue of uniqueness was polemically raised by several critics of geometry. Such critics endorsed the view, based on the empirical conception of geometrical entities, that geometry is not applicable to the study of sensible substances 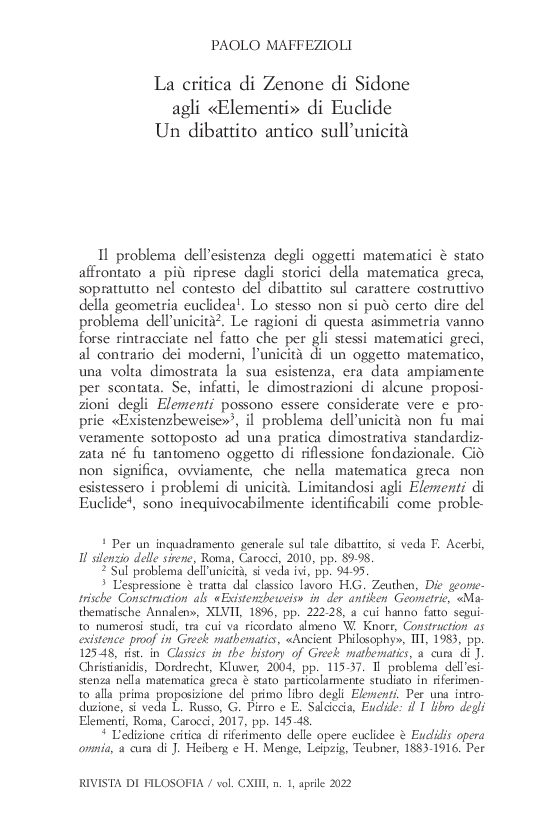