During the crisis of Fanfani’s second government, an alliance of Christian Democrats and Social Democrats, a group of Italian intellectuals, convened by Malfatti, exponent of the Christian democratic fraction led by Fanfani, met in Bologna in order to discuss the political situation. The meeting was reported by a confidential note produced by the administration of the State as well as by the prefecture of Bologna. According to these reports, scholars collaborating to the Bolognese journal «il Mulino» played an important role on that occasion. «Il Mulino» was then at the forefront in the analysis of Italian politics, with a view to the progressive enlargement of the governing majority to the Socialist Party – that is, to the construction of an organic centre-left alliance. 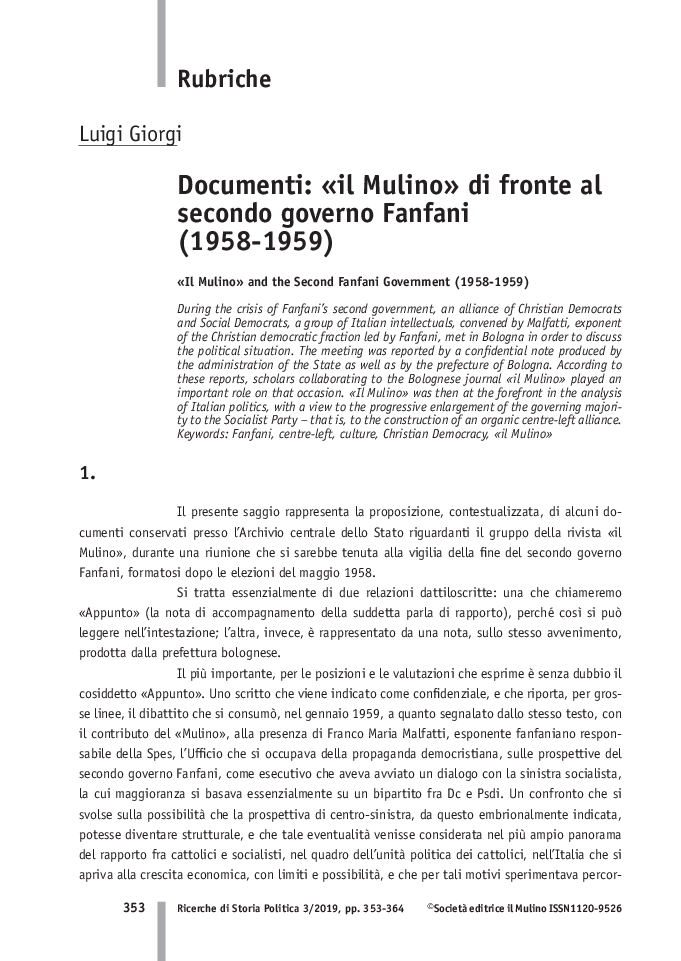