It is true that women have always had an important role in animalist activism. But it is also true that, for a long time, the animal question has not been acknowledged as a feminist issue. In fact, for mainstream feminism the animal condition has usually represented nothing more than a metaphor for the condition of women. In this regard, feminism has been characterized mainly by an effort to «escape» from nature in order to achieve assimilation with men. The paper tries to give a historical and theoretical overview of the relationship between feminism and the animal question, beginning from the early instances in the XVII century through to the Victorian era, second wave feminism, the emergence of ecofeminism, till more recent post-humanist, new materialist feminisms and queer theory. 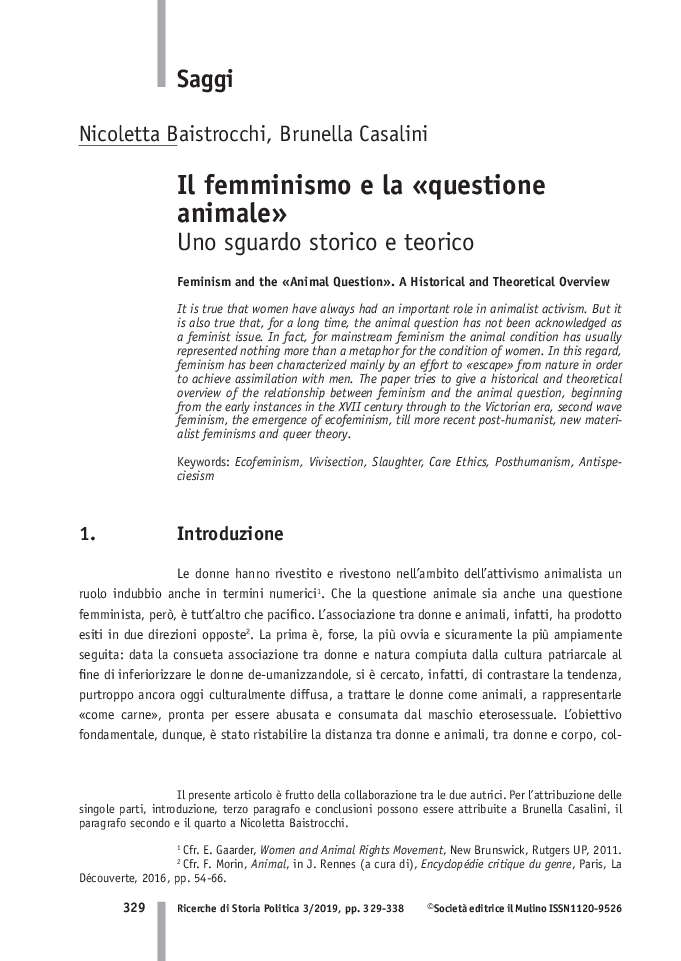