In the post-WWII era, marriage as a social institution played a crucial role in Italy as well as other European countries. However, the absence of divorce resulted in many couples living in a state of permanent illegality, and this revived the parliamentary debate for its introduction. In this debate, the Italian Communist Party assumed a cautious position. Its stance was partly determined by the need to keep its distance from the critical ideologies and counter-cultures of the Sixties. Some of these, inspired by Wilhelm Reich and Herbert Marcuse, criticised Marxism-Leninism from a Freudian-Marxist perspective. Others, including the new American and northern European youth cultures, proposed alternative systems of social integration. When the debate reached its conclusion, after the confirmation of the divorce law in a referendum in 1974, the party had partially revised its position on social issues, granting a more prominent position to the notion of personal freedom. 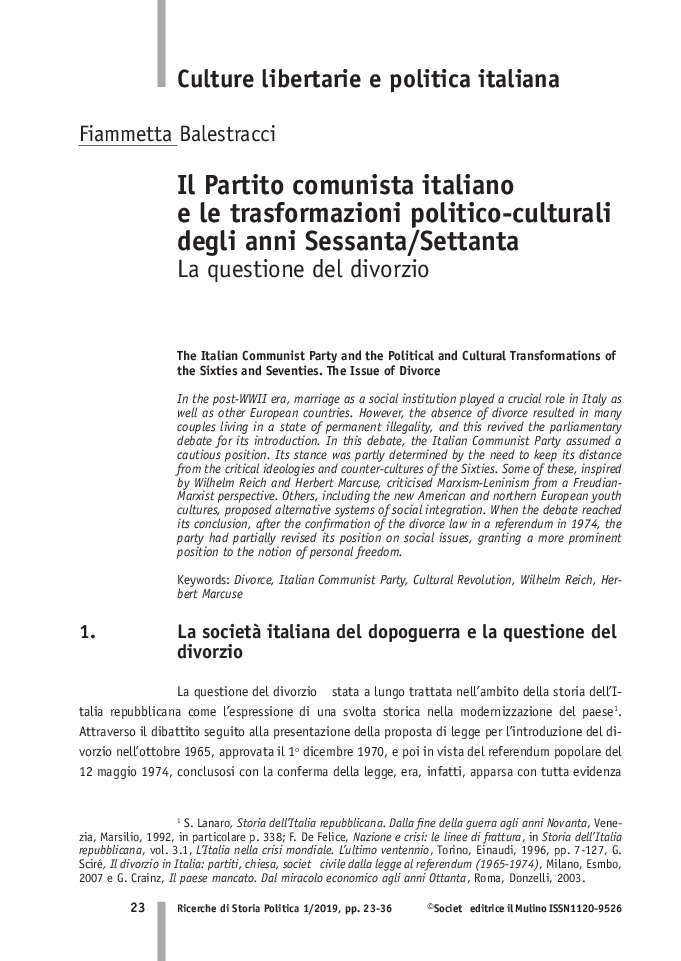