This article analyses the role played by the different political forces involved in the Cuban Ten Years War, focusing on the political struggle off the battlefield. Different actors such as the local élite, the Spanish élite, and the colonial and imperial administrations fought this war on three different fields: the abolition of slavery, the funding of the war, and the management of embargoed property. By analyzing sources from the Cuban National Archives, particularly the Fondo de Bienes Embargados, this article analyses how each party used its power and political influence to overcome rivals, in a conflict that resembled more a civil war than a war for independence, and the importance that embargoed property had in the struggle to finance and win the Ten Years War. 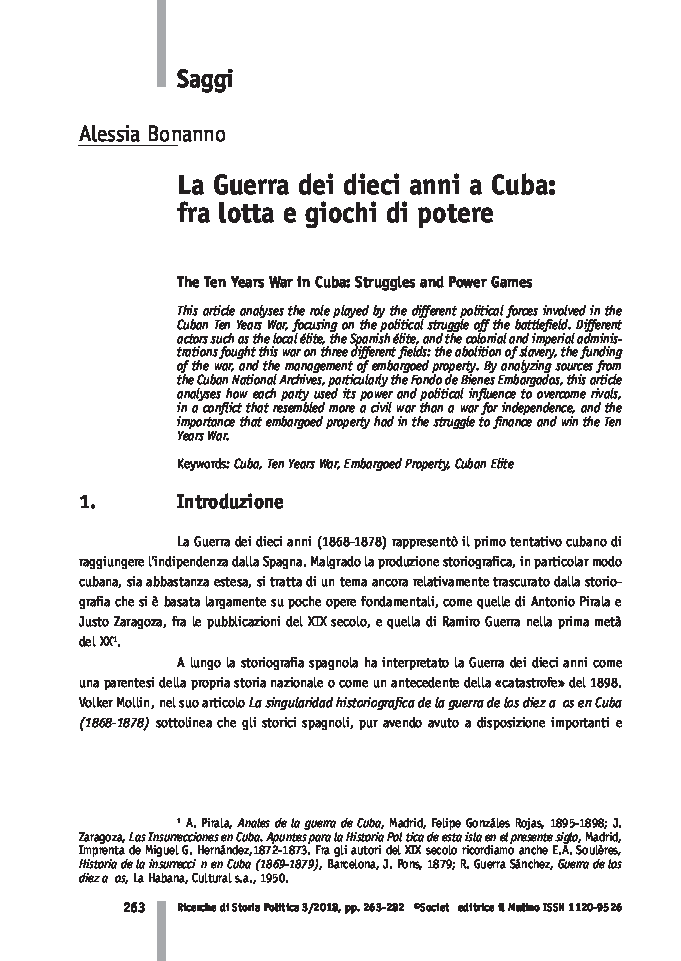