The recent centenary provided a fruitful opportunity to reflect on the historiography of the 1917 Russian Revolution. This essay aims at surveying the main trends in research and interpretation that have marked the international work on the Revolution during the last quarter-century. It devotes particular attention to the implications of different chronologies adopted by scholars in order to define the revolutionary process; to the organic connection that they have posited between world war, revolution, and civil wars; to the debate on the causes, meaning, and chief actors of the Revolution that has developed among the representatives of various contemporary political stances (neo-tsarist, liberal democratic, neo-populist); to the studies inspired by the cultural turn and informed by an anthropological approach, which have focused on the symbolism of power and political culture, on the daily life of the masses, and on the revolutionary experience of ordinary people. 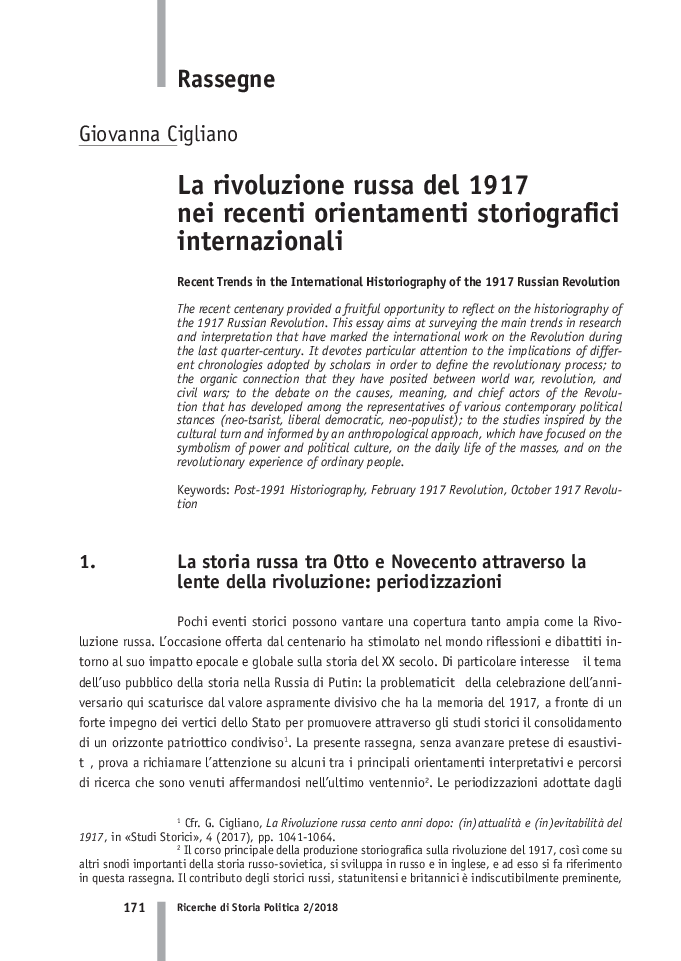