In the 2012 U.S. presidential election, one third of the voters cast their ballots before Election Day, mostly by mail; and their numbers are growing. The «traditional» way of voting, a private moment behind a curtain in a booth, in a single designated day, is gone, or so it seems in significant sections of the country. Most of the voting procedures and rituals associated with Election Day as we know them were shaped by a wave of electoral reforms, the so called Australian «secret ballot» laws, that swept through the states of the Union in the 1890's. Before that, it was a different world, traditional in a different tradition. This essay explores the origins and developments of that world - the nineteenth century universe when voting was a public (male) community affair - and points to the forces that transformed it into the «modern» twentieth century universe, now fading away. The focus is on the relationship of the individual voter to the collective performance of voting, or, in other words, the relationship of the bodies of individual voters to the national body politic. 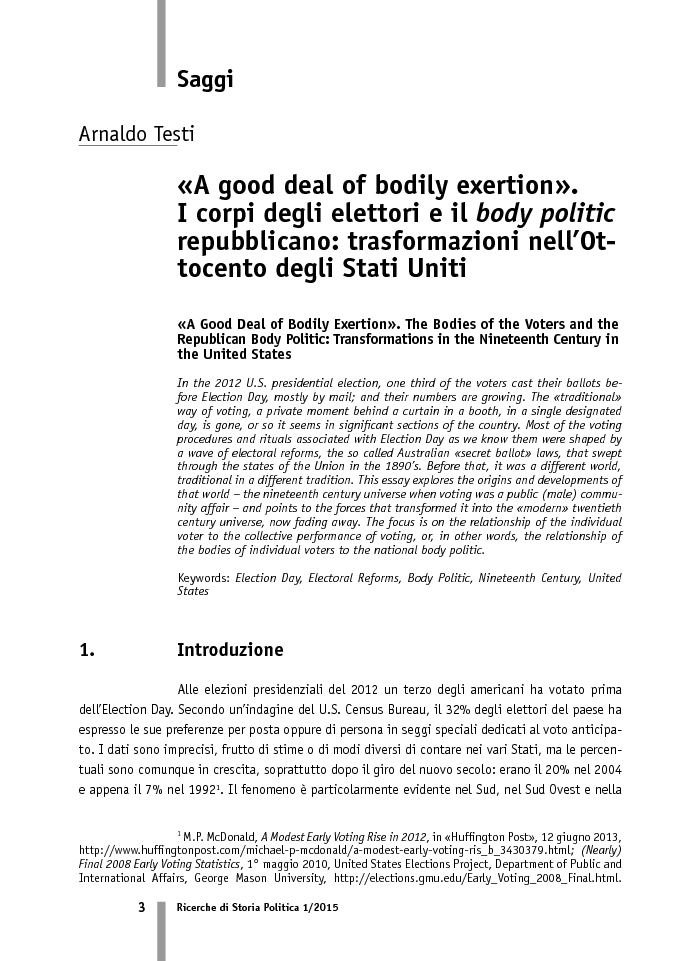