Certainly not exclusive to Latin America but nevertheless distinctive of it, populism and its emblem, the charismatic leader, have arisen as a protest movement against the status quo and as a challenge against liberal representative democracy and its legal-rational leadership. The essay illustrates the various factors favouring the accession of populist regimes in Latin America, of which indubitably the most important are the following: the organicist-corporative social structure established during the colonial period, the Catholic conception of man and the patrimonial conception of authority, the segmented nature of society, and the distinctive configuration of Latin American political space. In societies where profound changes have dis-integrated the population, populism invokes the renewed centrality of the people understood as an organic community, while its charismatic leader takes over as the instrument to re-integrate it, especially where the democratic-representative institutions are unable to do so. 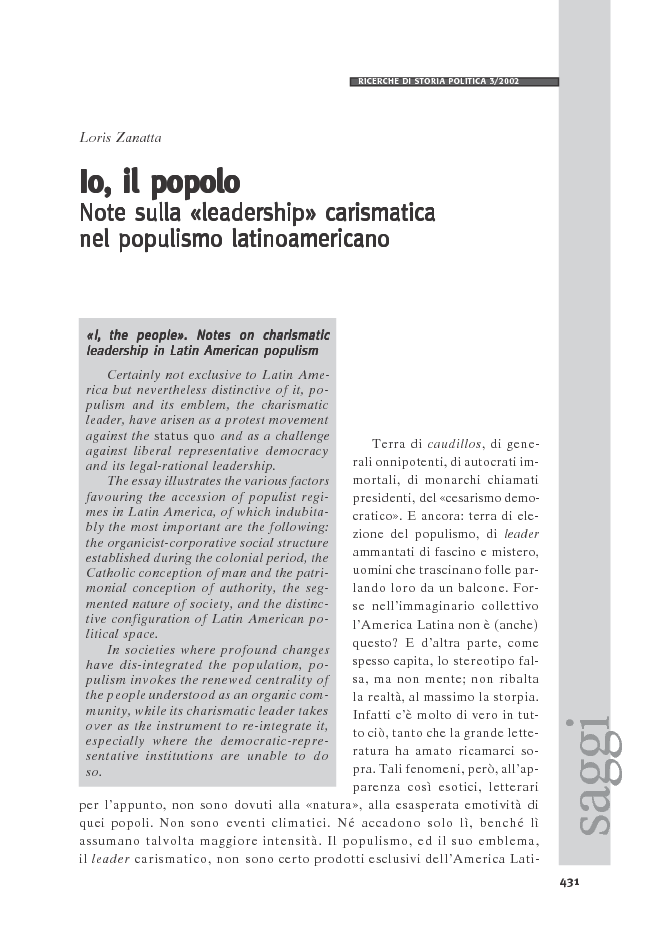