For decades, researchers tried to describe and explain the outburst and development of nazi violence. Did it depend from a particularly authoritarian German society since uni¬fication? But Imperial Germany at its time did not appear the most antisemitic country and antisemitic motivated violence did not disappear completely in 1945 in Europe. Is it therefore appropiate to explain the secular development of european societies in terms of progress and of "process of civilization"? Discussing the interpretations of Elias and Adorno, Jan P. Reemtsma wants to distinguish individual outbursts of "hot" violence from a mechanized or burocratic "cold" state violence. Comparing the dimen¬sions of violence in the two World Wars which destroyed 20th Century Europe, there has appeared a new dynamic and dimension of destructiveness, especially from 1941 onward, caused by Nazi Germany. During the last decade, research has focused in par¬ticular on the individual side of Nazi destructiveness, on the mentality, ideology and barbarization of the German perpetrators, in service not only for SS units but for the german army as well. This series of studies has also influenced italian scholars, who created thick research on Nazi massacres in Italy, but giving impulse to new research fields as well, like the crimes committed by the Fascist Italian army from 1936 to 1943. 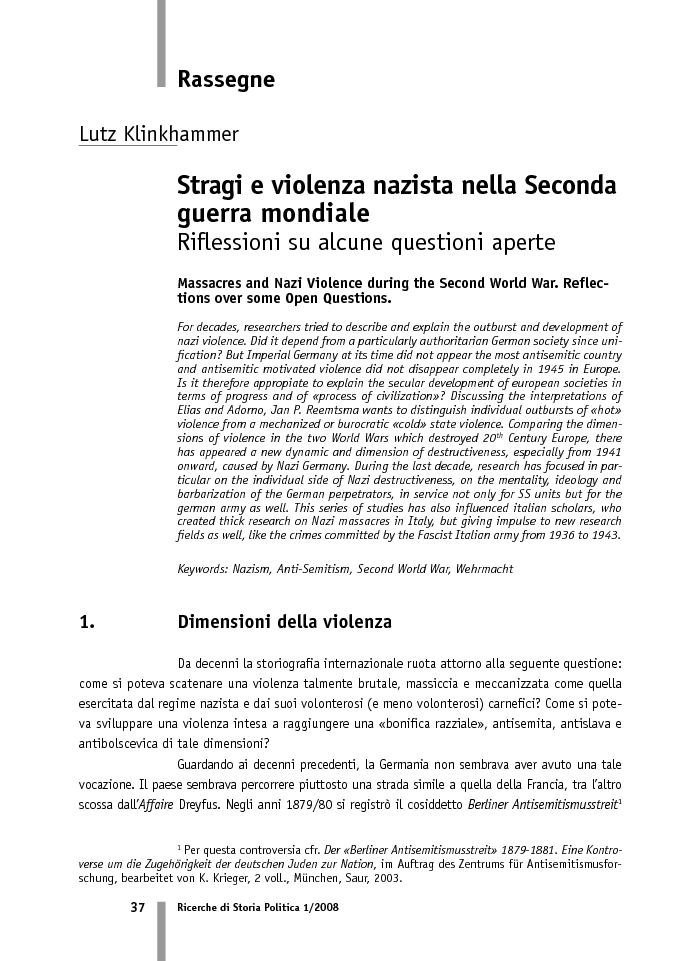