The presence of foreigners among the volunteers in the confronting armies of Garibaldi and Pope Pius IX has not been throughly investigated yet. Inspired by the seminal work of Gilles Pécout about military volunteers in the XIX century, the Author suggests a wideranging review of the existing sources. This work would clarify the motivations behind the choice, undertaken by the widest array of different people, to join Garibaldi or the Pope. Even though idealistic motivations cannot be totally dismissed, they have overall been overestimated. Presenting in detail some concrete cases, the Author demonstrates as many of the volunteers were pushed by less noble motivations, as escaping the law or creditors in their home country. The romantic idea of volunteers animated solely by their political fervour, either revolutionary or reactionary, often hides mercenaries, driven by the need of food and shelter. Once back to their home country, the former fighters, particularly on the side of the Pope, contributed, with their tales and memoires, to build abroad a catholic community which made this imagined tradition the basis of their political engagement. 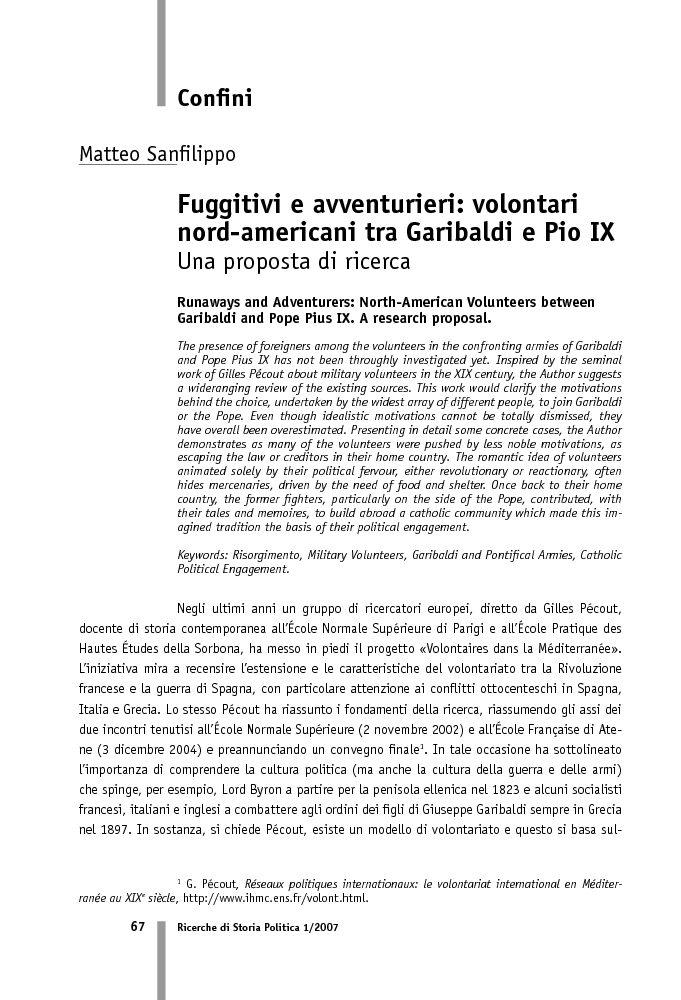