The emblematic texts of the sixteenth and seventeenth centuries testified, through the combination of images and writing, a major social and religious renovation for the moral and civil development of society. The emblematic literature had as most profitable centers the regions of northern Europe, including catholic Flanders and the newborn protestant northern Netherlands. One of the best interpreters of the ethical change in the mid-seventeenth century was the eclectic writer Jacob Cats (1577-1660), native of protestant Zeeland. His literary production was characterized by the creation of a typology of entirely originals images, iconographically distant from the European figurative system. The emblem "Nescit Haber Modum" deepens an art who needs a dense reading of the image through guidelines provided by the author himself. This explanation is committed to the juxtaposition of ancient texts and personal comments alongside the figure linked to an explicit moral referring to love, society and faith. This emblem allows to appreciate the poetics of Cats because, through a seemingly terrifying image, notable teachings, necessary to the modern man, are transmitted. 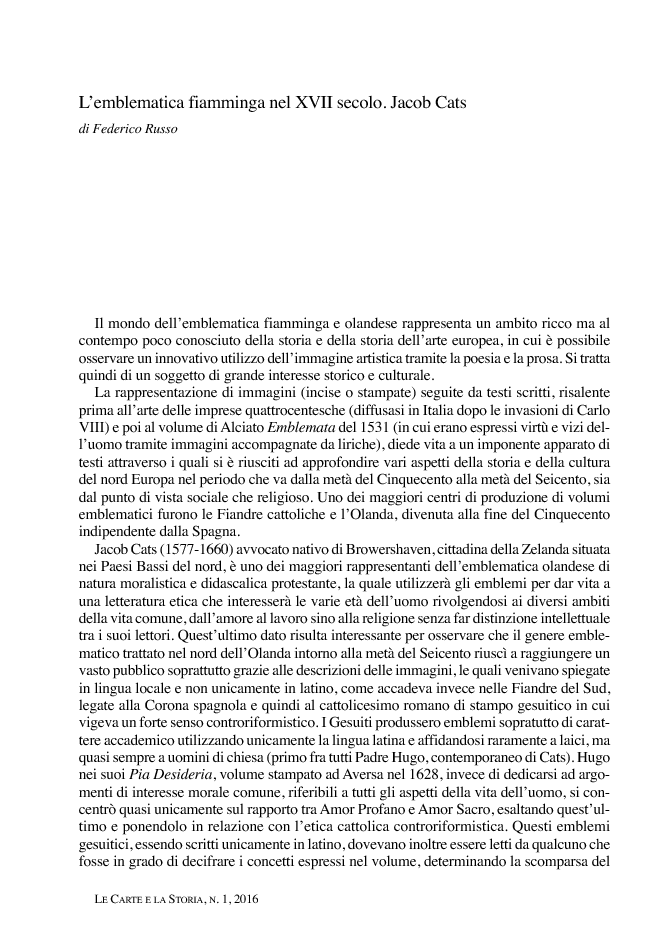