This introduction presents the issue's special section, aimed at examining the transnational flow of corporatist ideas and experiences in interwar years. In the mid-seventies, Charles Maier's book "Recasting Bourgeois Europe" explained that the stabilization of social order in the decade after the Great War was achieved in corporatist ways in France, Germany, and Italy. However, in the same period many other countries, not just in Europe, saw the revival of corporatist projects, more or less put into practice. It was mostly the case of authoritarian states. The section focuses on three of these ones: Portugal's "Estado novo" (New State) under António Salazar, Spain during Franco's dictatorship, Brasil in Getúlio Vargas era. 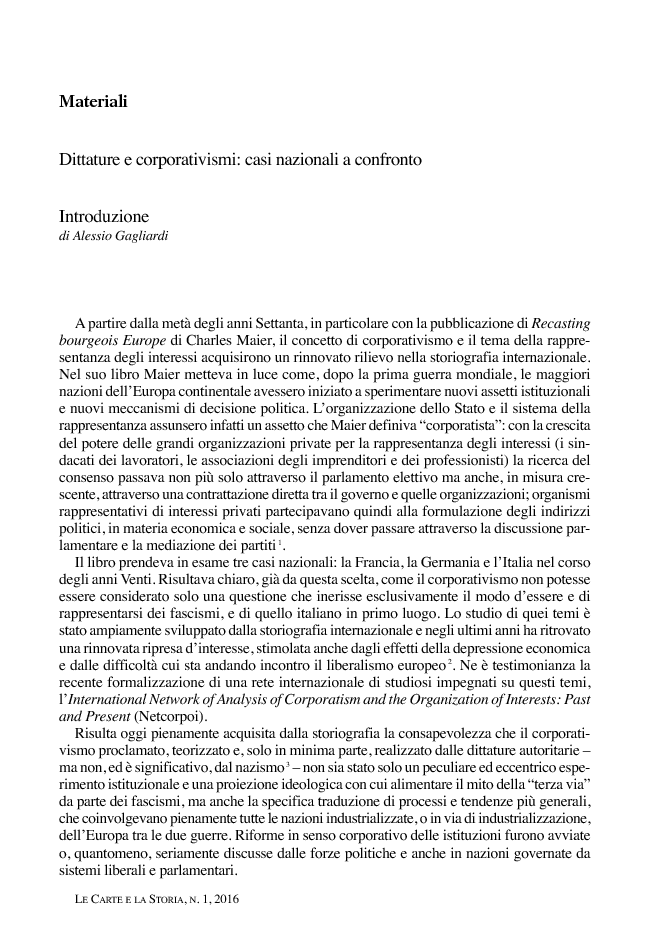