The so-called «middle period», spanning from about the mid-XIV to the XI century BC, saw a radical change in Assyrian society. Assur is no longer the «city of merchants» of the Old Assyrian period, but the capital of an ever-expanding kingdom, aiming at turning all lands into Assyria by creating a system of provinces and districts forwarding their cultic offerings to the central temple of Assur, in the city of the same name. In the sources, either official or not, silver is seldom attested. Its place as medium of exchange and value indicator is usually taken by another metal, called AN.NA/annaku in the cuneiform texts and to be probably identified with lead. The reasons for this are quite obscure, but chances are the general scarcity of metals, or better the difficulty of obtaining them in far away lands, caused silver to be doubled by another, less valuable currency, which in the end almost completely replaced silver at least at the local level. As attested by different kinds of texts, such as the «Middle Assyrian Laws», private loan/debt documents, contracts or even the official, celebrative inscriptions, we have no reason to suspect silver and lead were not actually exchanged and used as «money». 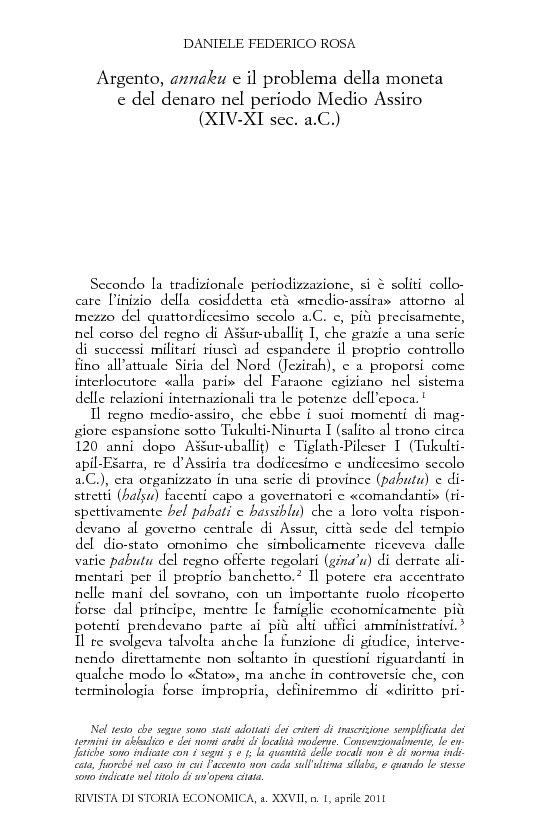