The usual view of development economics in its early years as an independent sub-discipline creates the image of a fierce fight between advocates of totally contrasting theories, for example "balanced growth" vs. "unbalanced growth", or "program loans" vs. "project loans". Yet, although these syntheses have the merit of describing such conflicts in great detail, they fail to take into account the reality of development economics as it was practiced in the field by the very economists whose published articles are their principal sources. If greater consideration were devoted to the practice of development economics, the views of these old conflicts would need considerable reassessment. A particularly interesting example is the debate between Albert Hirschman, one of the fathers of the "unbalanced growth" approach, and Lauchlin Currie, among the advocates of "balanced growth", on how to foster iron production in Colombia in the 1950s. An analysis of the positions held by these two economists, and on the relation between their views and the Colombian economy, shows that they were in fact much less antithetical than is usually held, and indeed were in some fundamental aspects surprisingly similar. Debates which developed inside development economics during the 1950s, thus, must be explained - at least partially - as the typical dynamic of an emergent discipline (and more in general of an emergent institution) during the period of internal structuring, when different groups try to achieve internal supremacy, or at least legitimacy, through the production of wide and often irreconcilable and reciprocally delegitimizing systemic theories. 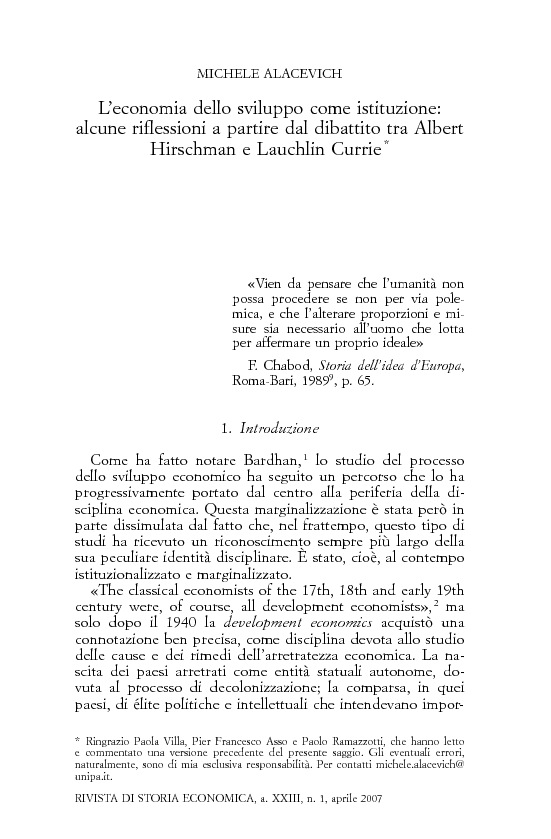