This article deals with an under-researched aspect of the history of Italian television, namely the impact it had on everyday life in the first decade of broadcasting (1954-1965). Focusing on the private sphere of the home, the article examines how the advent of the small screen interacted with existing dwelling cultures and how it modified domestic space and family life. The purchase of the Tv set and its placement in the home are examined, looking at the difficulties that arose with respect to furnishing and the changes it triggered in the configuration and use of the various rooms. The forms of use of the new medium are then considered, together with the effects it produced on everyday habits and family relations, not neglecting those with domestic staff. Finally, the forms of sociality that developed around Tv watching are analyzed, in the light of the rules of conduct regulating neighbour relations and the reception and entertainment of guests, as well as the emergence of new codes in social interaction. 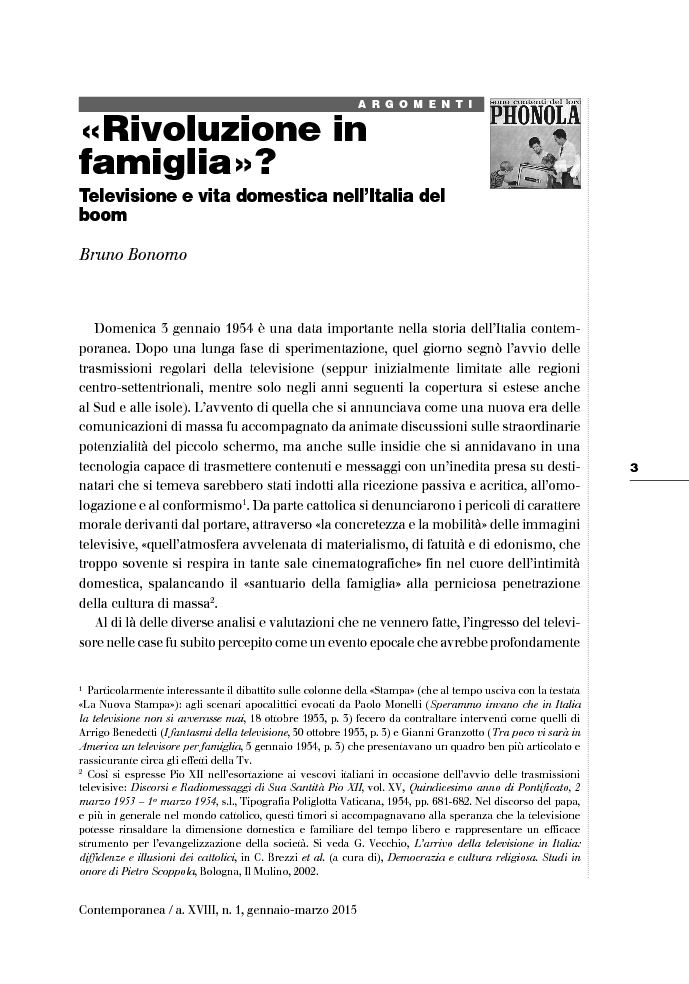