In April 1967 a group of colonels seized power in Greece, and established a seven year authoritarian regime. Between December 1968 and July 1969 Pietro Nenni, a well known representative of Italian socialism, was in charge of the Foreign Office in the first government led by the Christian Democrat Mariano Rumor. This essay examines Nenni's attitude towards the Greece of the Colonels, an aspect of his foreign policy that historiography has overlooked so far. Drawing mainly on unpublished documents from Nenni's archive and that of the Italian Foreign Office, this paper highlights continuities and discrepancies between the initiatives taken both at the bilateral level and within the European and Atlantic context, in which Italy and Greece were allied. On the one hand, Nenni appears to be the most uncompromising of the Western Foreign Ministers towards the Greek military regime, and therefore the opposers of the regime referred to him. On the other hand, his political action proved to have little autonomy. This is a meaningful example of the constraints faced by the foreign policy of the socialists within the Italian center-left governments of the late Sixties. 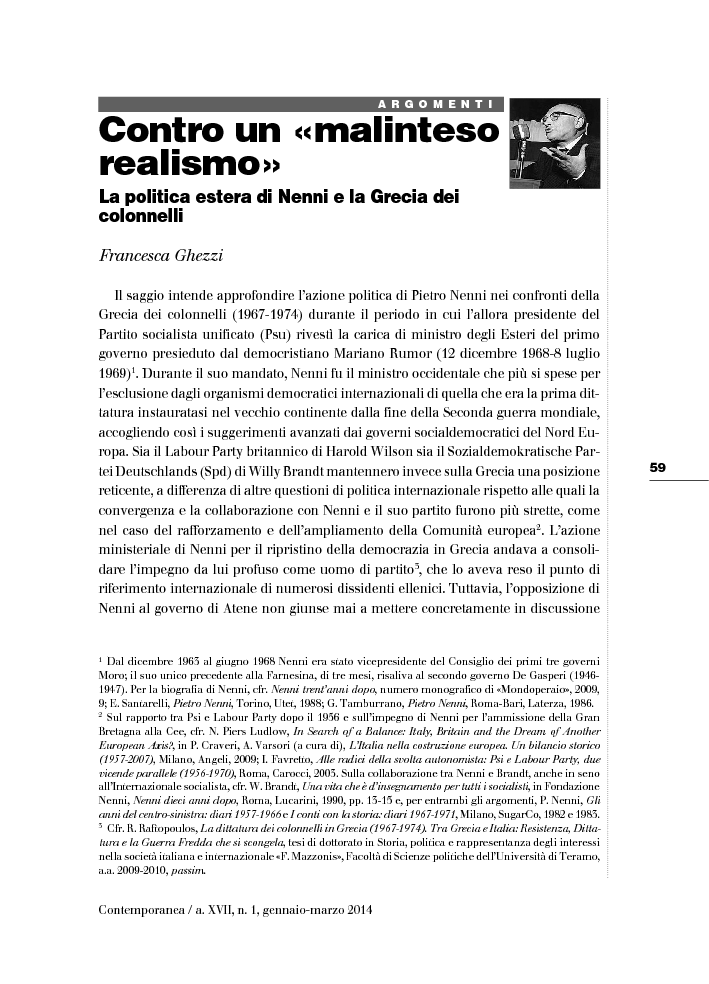