The article deals with the relations between the Italian Christian Associations of Workers (Acli) and the European organization of Christian trade unions (1958-1974). The history of their relations was retraced thanks to the documents in the archives of the two organizations (respectively in Rome and Leuven), the consultation of which made the research possible. Although they were not a trade union, but a Christian social movement, the Acli established a close connection with European Christian trade unionism in 1967, and contributed to its process of radicalization between the end of the Sixties and the beginning of the Seventies. They also significantly supported the project of a unified International of European trade unions, then founded in 1973-74, though they could not be accepted in the new confederation, due to their «hybrid» nature. In the article, the analysis, from a comparative perspective, of the particular configuration of the Italian context, might also contribute to shed some light on the interactions between the national and the international dimensions, particularly in a period - the Sixties and the Seventies - when a growing interdependence between the two took place and developed. 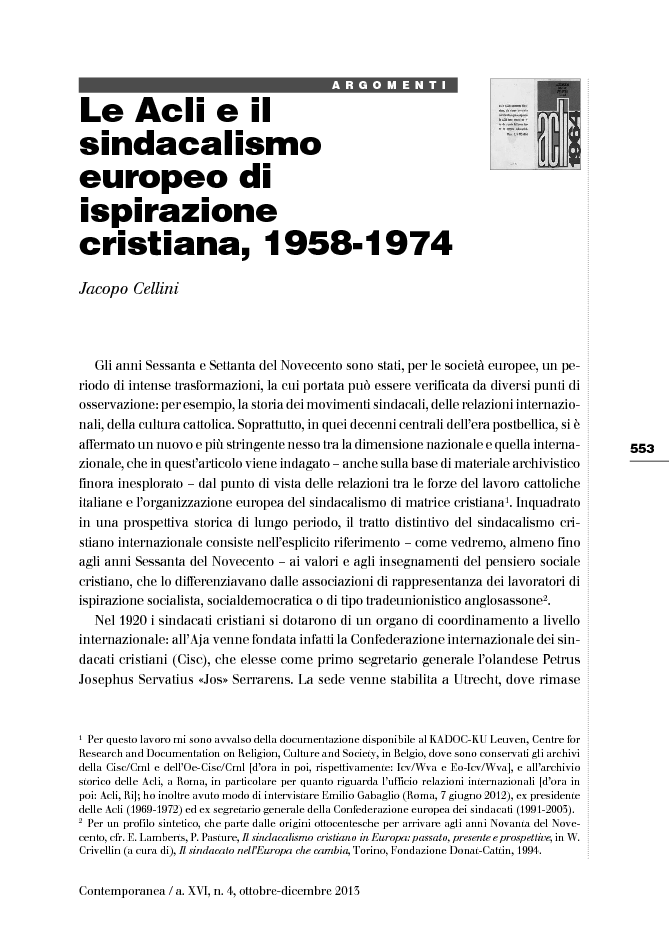