The essay deals with the relationship between Freemasonry and Fascism in Tuscany, from World War I to the foundation of the regime. First, the Freemasonry was able to influence the Italian political life, and it supported both the fascist squads (squadrismo), and the march on Rome. Later, the fascist government marginalised the Freemasonry, and finally Mussolini destroyed it, although the Freemasons had backed him in the past. The research draws on unpublished and published sources, and it focuses on the case of Tuscany, which is revealing for three reasons. First, in this region, the number of masonic societies was particularly high; secondly, both the socialist movement and the trade unions were very strong. Finally, Tuscany experienced at a very high degree the social and political conflicts, which marked the end of the Italian Liberal State. 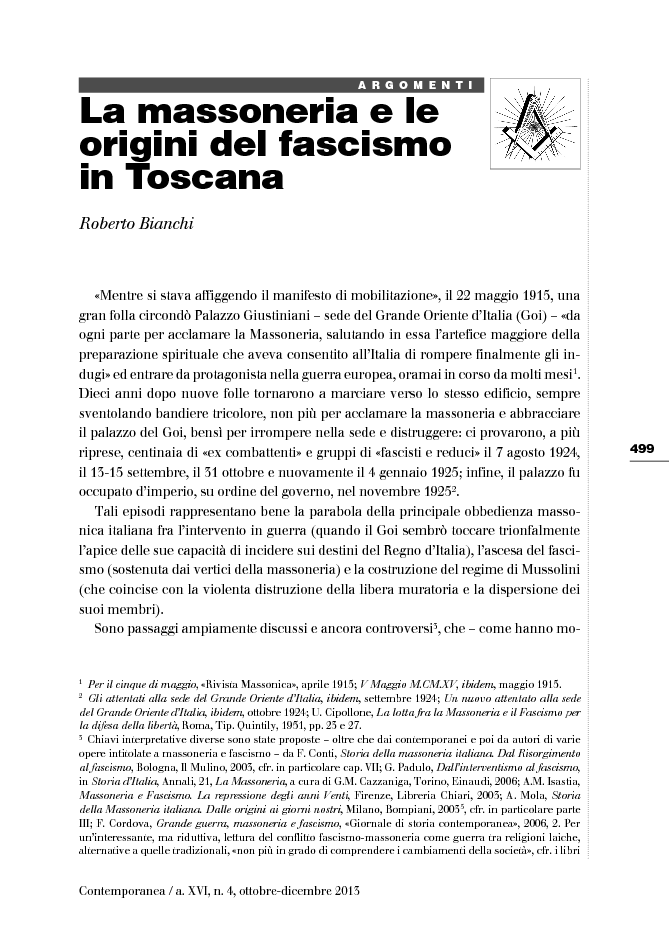