The historiography has rightly stressed the changing attitude of the psychologist and chancellor of the Catholic University of Milan, Agostino Gemelli, toward psychoanalysis in the 1940s. While, during the interwar period, he proved to be in favor of Freud's work, he increasingly opposed psychoanalysis from 1939, before going back to more moderate views in the years preceding his death, in 1959. This article aims at examining this shift in the light of Gemelli's political convictions and, typically, of his relationship to communism. It is also meant to offer a new perspective on the complex relations established between psychoanalysis and communism in Postwar Italy. Recent researches have shown how psychoanalysis suffered from the opposition which appeared, in the context of the Cold War, between American and Soviet psychologies. If the French case concentrated most of the attention, the less-known Italian case is of particular interest because of the tight bonds which united psychoanalysis and Marxism. The article is principally based on Gemelli's writings and on his papers held at the Archivio storico dell'Università del Sacro Cuore. 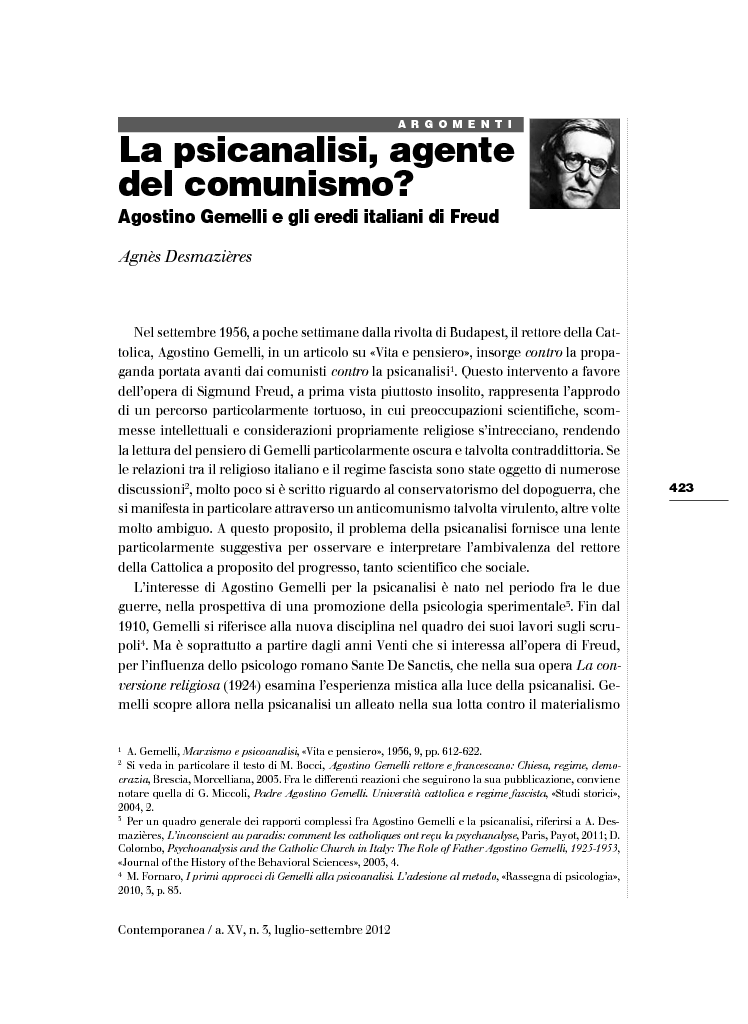