Only recently Italy acknowledged its colonial past and the crimes and the brutalities committed. However, it remains largely unknown the aid the neighbouring countries gave to the Libyan peoples in their struggle for independence. During the Italian recapture of Libya, Egypt sent arms and soldiers in support of the Libyan cause. Moreover, Egypt exposed itself to the danger of Rome "diplomatic retaliations", since it rescued Idris, the Senussy chief, as well as several thousand refugees who escaped the Italian raids, deportations, and bombardments. Lastly, the article also largely analyses how the crimes of Fascist colonialism were exposed in the Egyptian daily press at the hands of some of the most prominent political and cultural commentators. 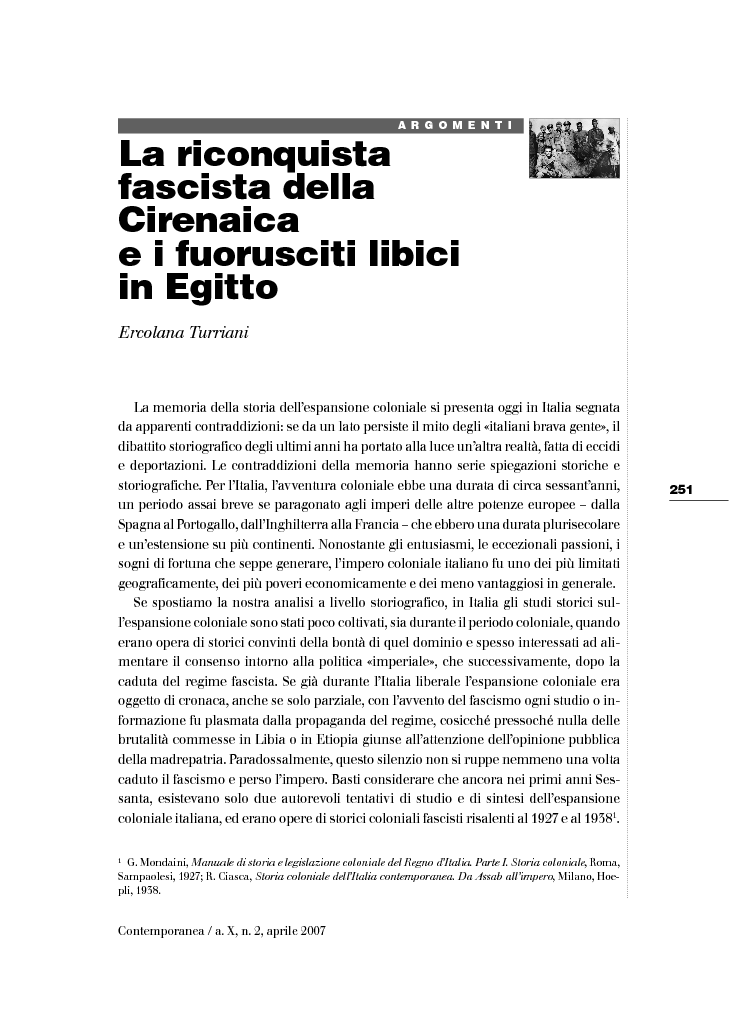