For centuries, the Cauvery has been at the centre of river-sharing conflicts in South India. This paper traces the numerous technological, political and legal mediations of the flow of the river in the longue durée, to weave together the many layers of hydropolitics that have historically enveloped it. Against the background of the rich field of water and river histories of South Asia, the first section explores the historical connections between the river, irrigation and state power, signaling towards extended and textured histories of conflicts and engineering through which the river was politically shaped. The latter section considers the case of the Cauvery Power Scheme, to examine how new articulations of the river’s potential became grounds for the unfolding of colonial politics in the early Twentieth century. Together, the two parts of this article attempt to chart the intricacies of engineering interventions and conflicts as well as the changing epistemological frameworks that have shaped the river historically 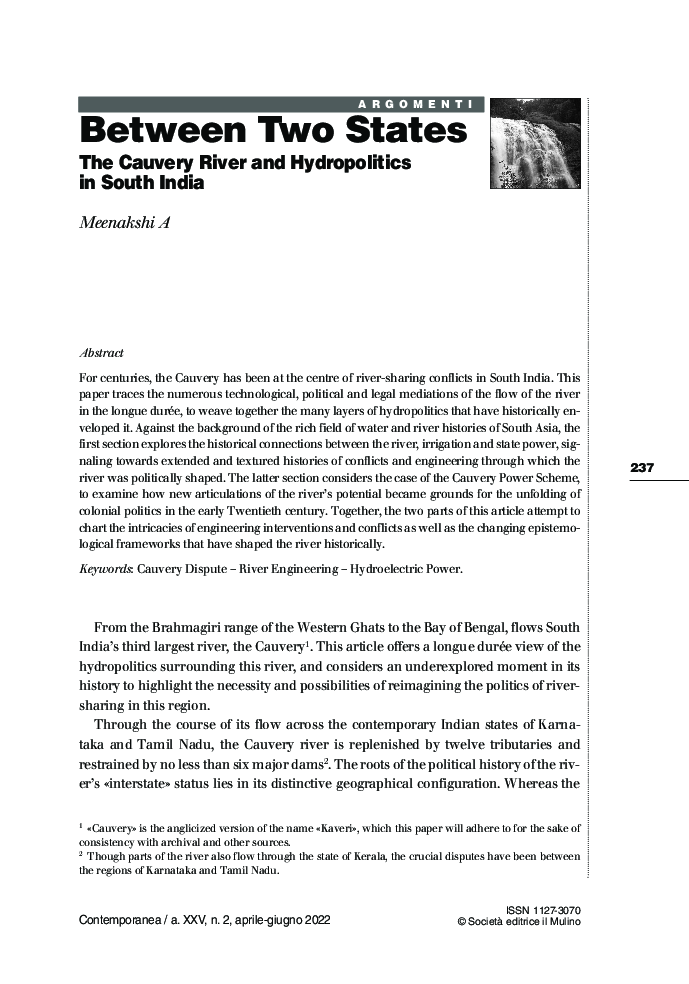