This essay investigates the relationship between politics and culture during the fascist dictatorship, the Second World War and the civil war of 1943-45, through the particular perspective of the personal and intellectual link between Leone Ginzburg and Cesare Pavese. The two friends were tied by the literary passion and the editorial work for Einaudi but were divided by different attitudes towards politics. A still prevailing view understands the former as a representative of the intellectual’s political commitment, devoted to fight fascism, the latter as a sample of disinterest towards politics, in spite of his closeness to antifascist networks and his post-war way to communism. A comparative analysis, extending to their common interlocutor Giaime Pintor, allows to bring to light tensions, contradictions, and ambivalences between politics and culture so far overlooked by an exclusive focus on the fascism/antifascism dichotomy. As a matter of fact, whereas the study of Russian literature fed Ginzburg’s moralistic conception, by circumscribing the political sense of his antifascism, the interest in the German culture, alongside his anthropological and ethnological research, pushed Pavese towards the temptation of fascism 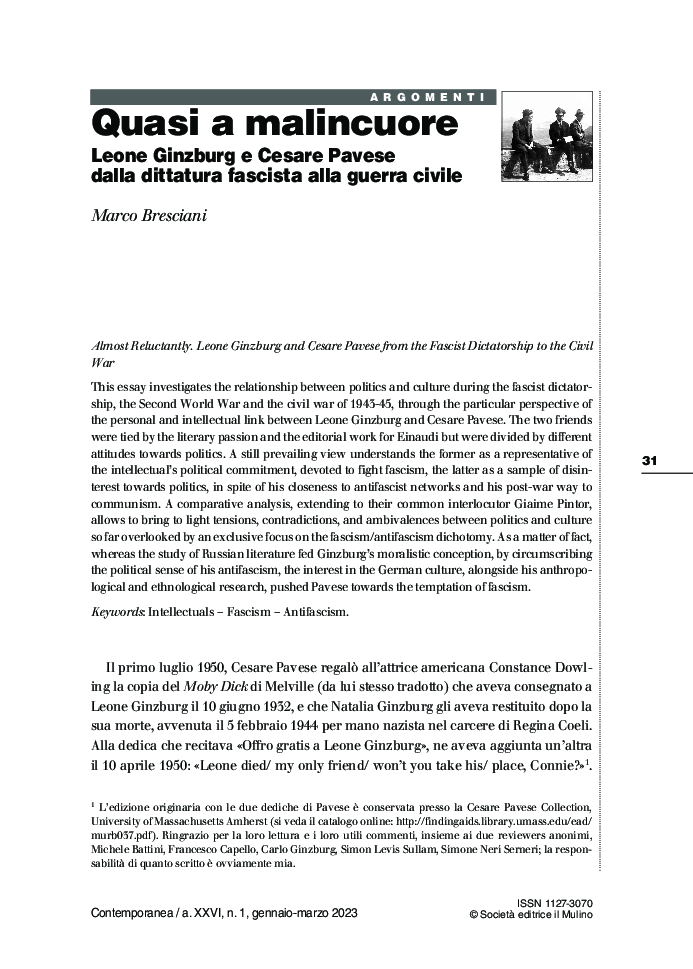