In the mid-1990s there was a shift in the practices of memory and memorialization of the Holocaust in Europe and in the US, while at the beginning of the new century the Popular republic of China and the State of Israel established diplomatic relations. These two unrelated points found a convergence in the new conceptualization and use of the extraordinary history of the (circa) 20,000 European Jews hosted and saved in Shanghai during the Second world war. This article investigates how this history has been used in different cultural, political and national contexts in the US, Europe, China and Israel in the past two decades, showing how its repetition through exhibitions, museums, historiography, cinema, popular culture and some theatrical productions served different national and political interests. In this article I also argue that the repetition of a simplified version of this extraordinary history carries a heavy price in terms of scholarship, and in moral and political terms: in the former case, it helps obfuscating other equally fruitful Sino-Judaic encounters; in the latter, it helps hiding times and situations where other refugees were persecuted in the PrC. 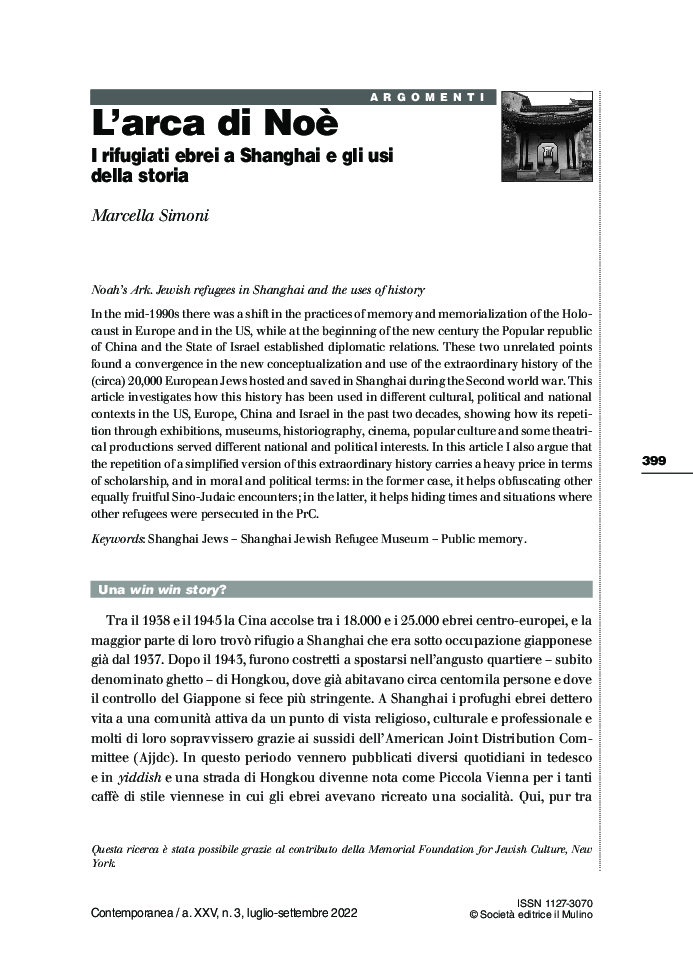