This article investigates socialist responses to Chinese immigration in the United States between 1876 and 1882. While scholars of anti-Chinese American labor movements tend to conflate socialist voices with those of regional and national labor organizations such as the Knights of Labor and the Workingmen’s Party of California, the article uses evidence from the archive of the Socialist Labor Party and its multilingual press (especially German-language weeklies and dailies) to reconstruct an independent and distinctive socialist position on Chinese immigration. In the late 1870s, a clash between two alternative socialist approaches to Chinese immigration took place. Internationalists, supporting a race-conscious yet class-first pro-immigration position, battled with supporters of scientific racialism, who used contemporary theories of race to advocate the complete closure of the Western border to Asian immigrants. Through the use of historiography on the history of the late-19 th century Chinese American community and the racialization of Chinese «coolie» workers, the article details how in the early Gilded Age the Socialist Labor Party moved away from internationalism to fully embraced a white supremacist point of view rooted in pseudo-scientific theories of race. American socialists were at the forefront in the creation of a racialized version of Marxist historical materialism, one that allegedly held together the defense of workers’ rights and the respect of modern theories of race, which socialists understood as immutable scientific laws. 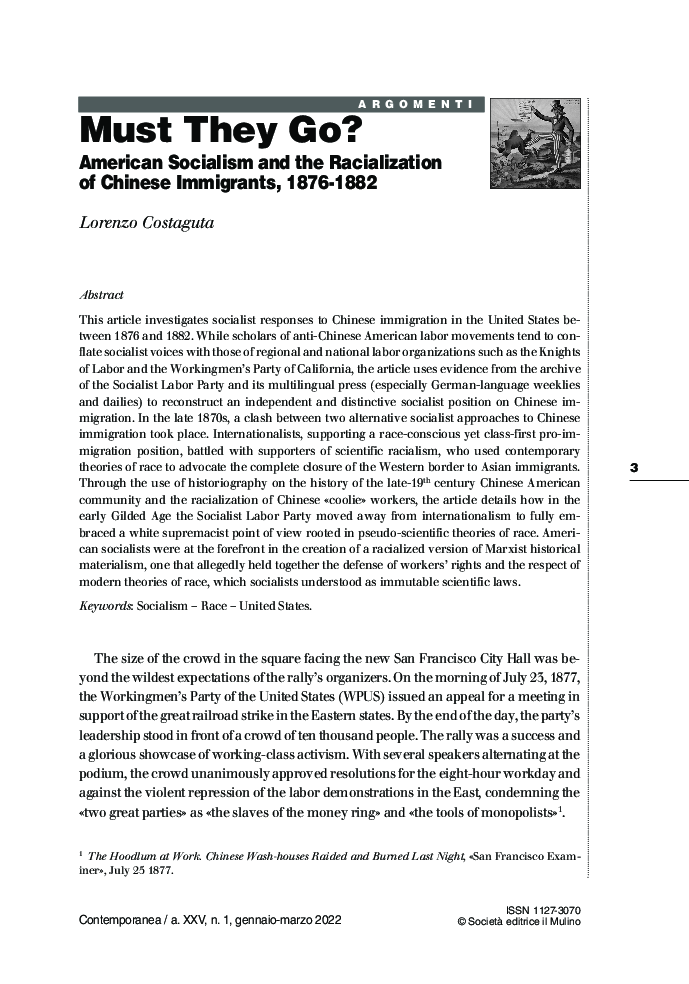