This article examines the litigation of an Ottoman merchant based in Algiers in the vice-admiralty court of Algiers in 1760. It examines the importance of legal proofs for merchants traversing the Mediterranean world, and the ability of such merchants to record transactions and interactions along the way, as well as to subsequently call on witnesses from near and far. The case examined here sees documents compiled in Italian, Spanish, Arabic, and English, constructing a solid legal case, which was rejected by the British on the grounds of setting a precedent and privileging a «Moor» over a British subject. This then raises the question of the validity of proofs in different Mediterranean settings, with the Ottoman merchant's diverse and thorough documentation rejected in Gibraltar when it would have been entirely admissible in another legal setting. 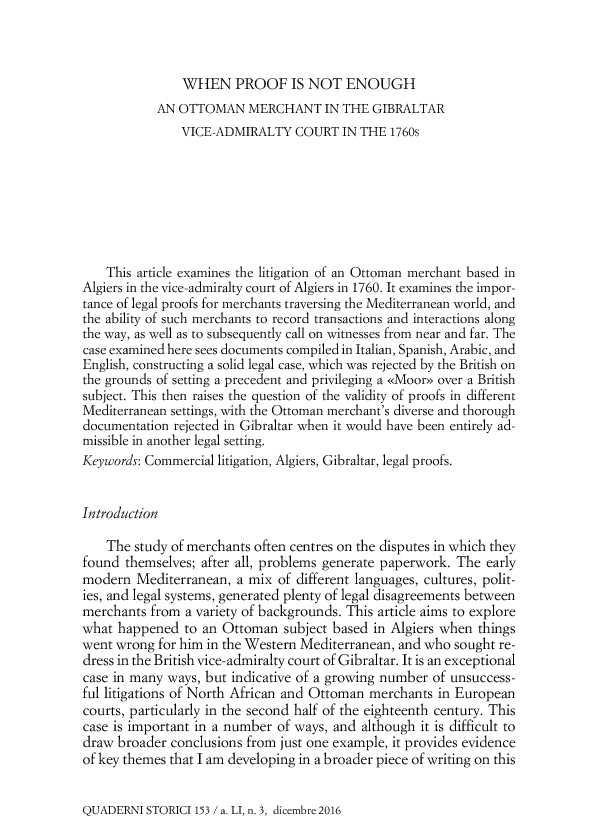