The essay deals with a maritime lawsuit argued in the court of the Pisan Consuls of the Sea in 1679. Nicholas Cholwell, an English captain, sued his former employers, the London owners of the merchantmen Daniel & Thomas, claiming his wages and the payment of amounts due to him as administrator of the ship. The focus on this case is based on its particular characteristics: it constituted a legal action in which the judgment could not be based on irrefutable pieces of evidence. However, in such cases, the Consulate of the Sea, i.e. the collection of maritime laws in force in the Mediterranean, provided strong protection to seamen's claims. When evidence was lacking, the captain could sue the shipowners and claim his due by taking an oath. The dispute was thus very hard-fought; in the process, it produced mountains of paper in an attempt to bridge the probatory lacunae and obtain the upper hand against the opposing party. For this reason, this lawsuit enables the documentation of the legal and economic relationships between the different players in the ship's company in an exceptionally detailed way. 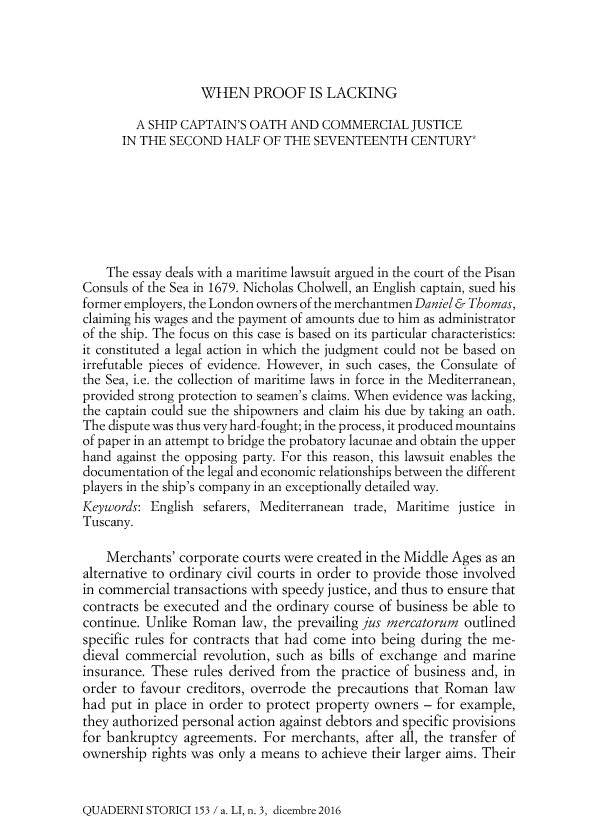