This article offers a judicial interpretation of ecclesiastical history in the Tridentine period, too often analysed in generic terms. Carlo Borromeo's ability to implement reforms was conditioned by the possibility to retrieve and copy archival documents in the course of pastoral visits. However, the case of Pavia in the second half of the 16th century shows that local interests had to be taken in account. In 1592, in the context of a trial before the Tribunal of the Roman Rota, which opposed the bishop of Pavia to the archbishop Borromeo over the independence of the diocese of Pavia from Milan, a local patrician traveled to Rome in search of evidence. In this way he managed to outflank the closest cultural centre, Milan. Nevertheless the patrician had to regularly account for his activity: his erudite search could in no way contradict the established local history. Above all, his mission offered him the opportunity of establishing relations useful to the trial. In a second round of the dispute, when the links between printed history and the evidence produced before the court in the trial were questioned, it appeared that the printed account was very close to the papers intended for the judges, as shown by few examples of the 1590's. 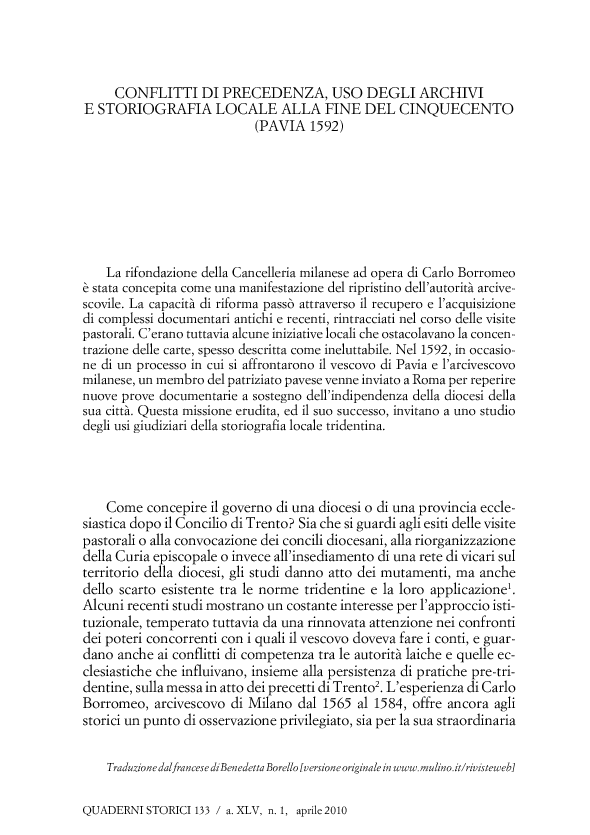