After the civil war of the Fronde (1648-1652), a group of notables from Etampes, a small town close to Paris, produced a variety of written accounts (poems, memoirs, notes in the records of the city Council) in order to preserve theirs and their city's reputation in front of the government. Our article seeks to analyze the context in which these writings are embedded, that is, all the actions that made the social and political life in Etampes around 1650-1670, and how they actively contributed to shape the career of those who had fought the war with their pens. We thus bring to light a specific kind of political and quasi-juridical use of writing, based on the production of testimony. 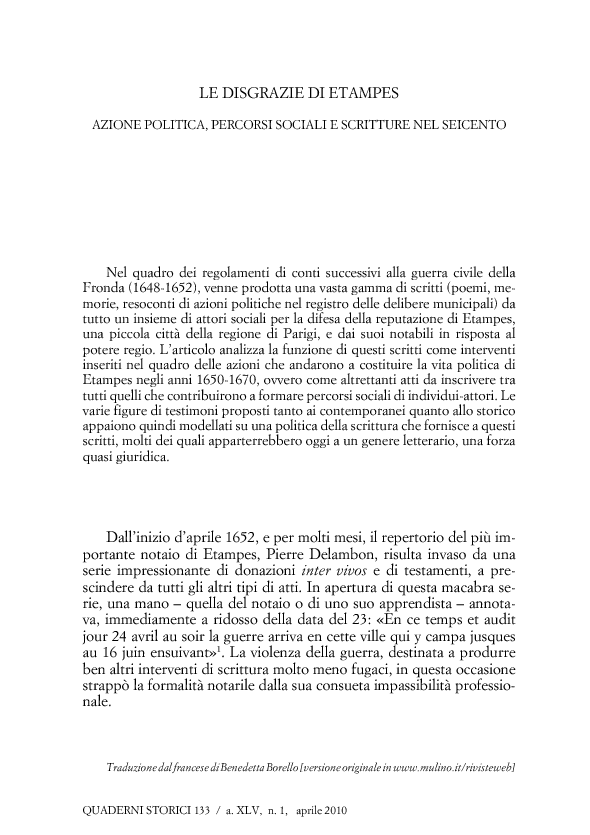