The Royal Museum of Physics and Natural History was founded in Florence by Grand Duke Pietro Leopoldo in 1775. Run by the scientist Felice Fontana, it became one of the leading scientific Italian institutions in the 18th century. Fontana and some young collaborators had only few instruments coming from the ancient Medicean collections (including the Cimento instruments), but in a very short time they were able to provide the museum with a rich display of scientific instruments, botanical garden, a wide collection of minerals and plants and, above all, superb and astonishing wax models of human anatomy. The masterly arrangement of the objects and Fontana and Pietro Leopoldo's intent to create a public interest institution reveal the concept of a modern, Enlightenment museum, open to the public, meant either for the scientific research and the encyclopedic exhibition of the scientific knowledge. Fontana's work aroused a great deal of interest all over Europe even thanks to foreign visitors. One of the most significant testimony was Charles Dupaty's, a French magistrate, who, looking at the museum rooms and Fontana's work, traced the evidences of the difficult struggle for the achievement of Enlightenment in Tuscany. 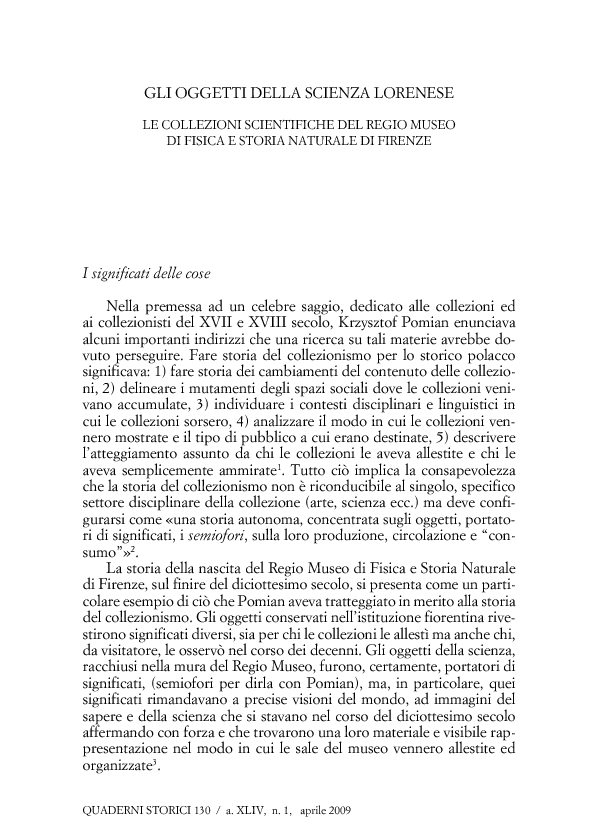