The architecture of a theatre, as a "case study" of sources which were the results of negotiation strategies, social and professional procedures, is also an example of the urban redevelopment of the area where Teatro Regio of Turin is located - a royal and state property hosting different uses, jobs, projects and competitions, that in the period from 1936 to 1973, provided spaces, actors and roles. The reconstruction of the theatre, which was already located in the heart of the baroque city and was burnt between February 8th and 9th in 1936, took place when the principles of a sort of functionalism should be applied to urban planning, and during the debate about the possibility to construct modern buildings in the historical centre. In the dramatic attempt to insert the reconstruction projects in the first post war town plan, between 1952 and 1959, other divestment practises regarding a big state, and mainly military, lot came to light. The essay presents the ideas for the rehabilitation of the historic centre, including temporary permissions and an anticipated spatial occupation of a part of the state area, together with some biographies, such as Carlo Mollino's one: a study case, helping the public to explore the limit between legal, but not only, formalization of urban spaces and the informal usages of them, where negations were born and developed. 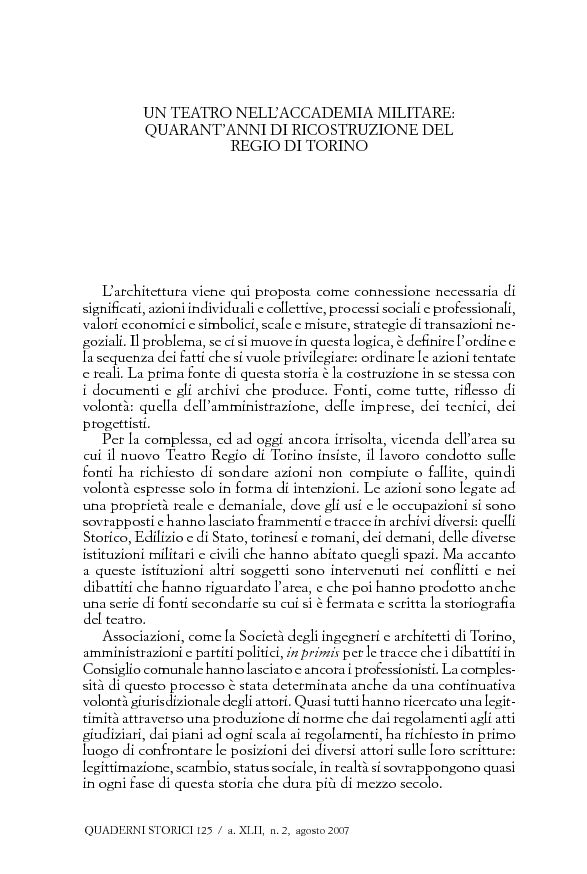