The essay starts from the entanglement of patrimonial relationships between spouses to write a history of credit during the twentieth century taking into account women, their money, that money’s function in a loan application to a bank. In Italy, the progressive financial inclusion of women had to deal, for a good part of the twentieth century, with a regulatory system that maintained gender asymmetries in property rights, especially for spouses, mostly if those spouses were engaged in business. In order to investigate whether the dynamics of access to bank credit services were conditioned by this unequal construction of rights, I focused in particular on the archives of a bank, the Banco di Napoli, and wondered whether the survival of the dowry as a legal institution until the 1975 Family Law Reform had an impact on the capacity of women to be trustworthy clients. Through the different services that the bank offered and the parallel political debate on the spread of consumer credit during the 1960’s, I analysed the articulations of the household money and, in particular, the attention paid to women’s money uniqueness. 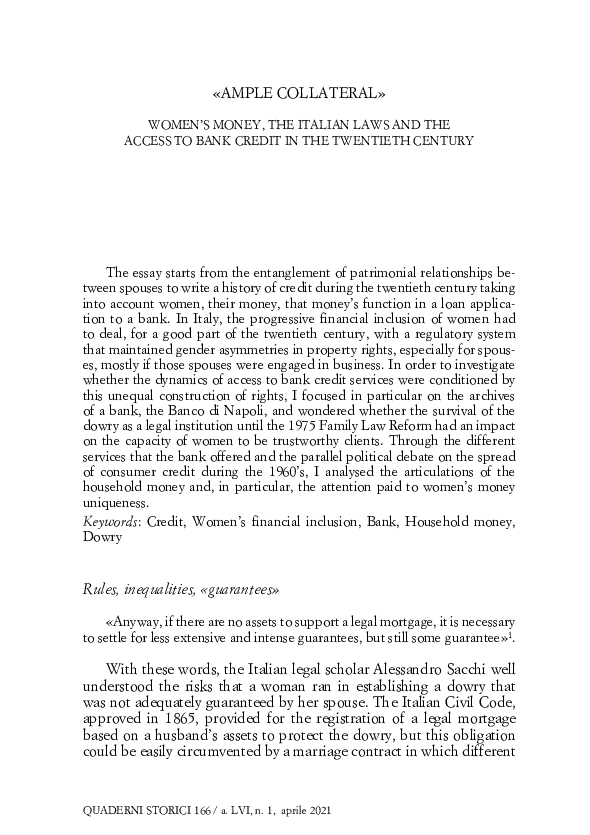