With the issue of women’s economic and financial autonomy still topical today, this paper explores married women’s long struggle for financial and professional empowerment in France in the 20 th century. The default matrimonial regime – a legacy of the Napoleonic Code – deprived married women of their civil capacity until 1938. Despite having obtained the right to vote and stand for election in 1944, they still needed their husbands’ consent to work and open a bank account. By reforming matrimonial regimes and abolishing the requirement for consent, the 1965 Act passed on 13 th July represented a major turning point. Seen as revolutionary at the time, it paved the way for women’s financial emancipation. Anxious to expand their customer base, the major French banks adapted their advertising message to attract these new, educated, professional female clients who were – at last – «women who count». 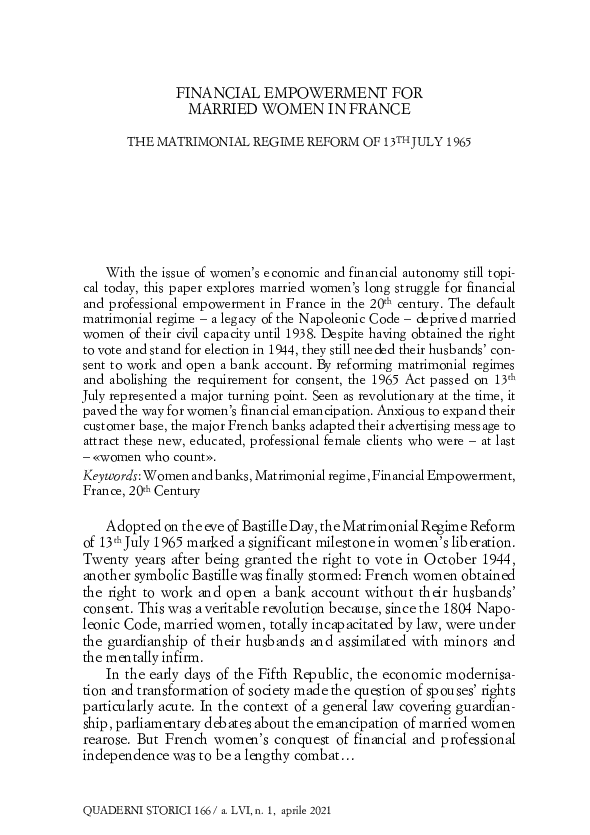