This article analyses relations between lessors and newcomers in Brescia during the Venetian period, by focusing on their consequences for social integration and for obtaining the urban minor citizenship ("creata"). From Sixteenth to Seventeenth century, most part of Brescian new-citizens was tenant and remained tenant for a long time after getting privilege of minor citizenship. The tenancy was the building of a juridical and economic relation - formal and informal, written and oral - between two parts, but it was a moment of integration into the urban social structure as well. And so the legal structures - like a lease - were important to define the "residential stability", which guaranteed for the newcomers belonging to the urban community, and, at the same time, "rights" to stay in the town. Moreover, the urban authorities developed forms of social control through a network of public tenancies and lease market less rigid. 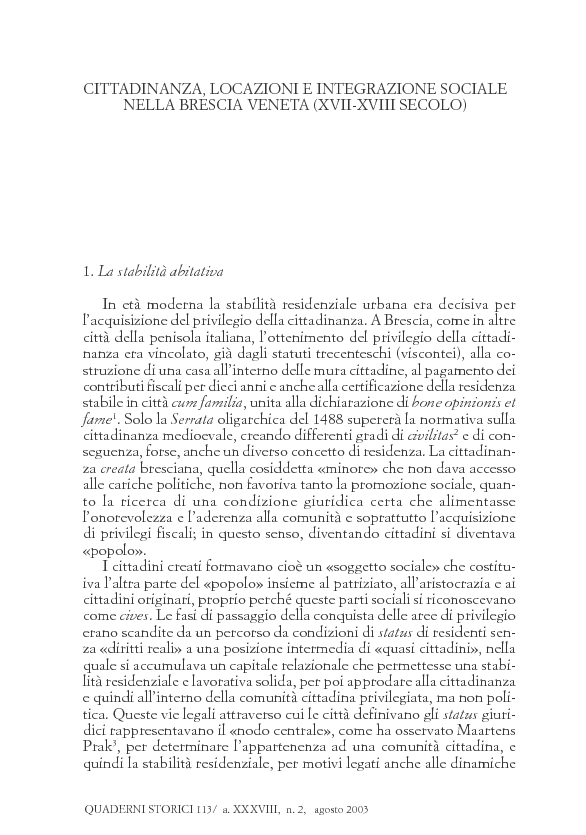