This article analyses the course of Guy Debord by putting forward an analogy with the figure of the wandering prophet as analyzed by Max Weber in his sociology of religions. During the 1950s and the 1960s, when Guy Debord was primarily concerned with animating a «vanguard movement», he navigates from one social microcosm to another. In these microcosms, he brings a heterodox message: art, but also metaphysical philosophy and specialized politics, are dead. From now on, nothing can prevent the advent of a new practice, revolutionary: the construction of «situations». In order to understand how Debord was able to incarnate a secularized version of the figure of the wandering prophet, this article deals with both the social fabric of his habitus (notably through the analysis of his youth letters) and the social conditions of the emergence of a «pro-situationist» community in the mid-1960s. 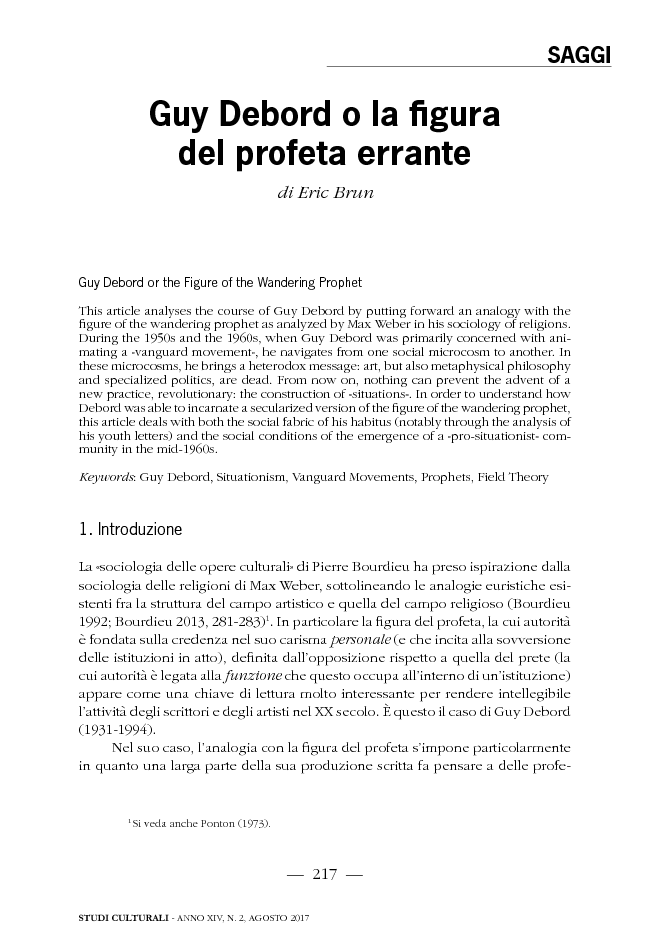