This essay focuses on the critique of species in Donna Haraway's thought starting from her aesthetics based on the methodology of diffraction. According to Haraway, the species poses an aesthetic as well as an onto-epistemological question: in fact, it appears where it is defined by means of a reflexive representation which relies on a dialectics of identity and difference and is inadequate to grasp the co-becoming of the reality made up of shared boundaries in which we live. Haraway employs the optical phenomenon of diffraction as a methodology of interference to make difference in the world, and not simply to observe it. Diffraction questions absolute separability, that is the same foundation of species, a term that is used to identify and outline the animal properties rather than the relations among animals. On the contrary, when the notion of species is diffracted and its representations revised, it becomes possible to see together with the non-human animals without taking their place, and rather assume "response-ability" for one's own place. 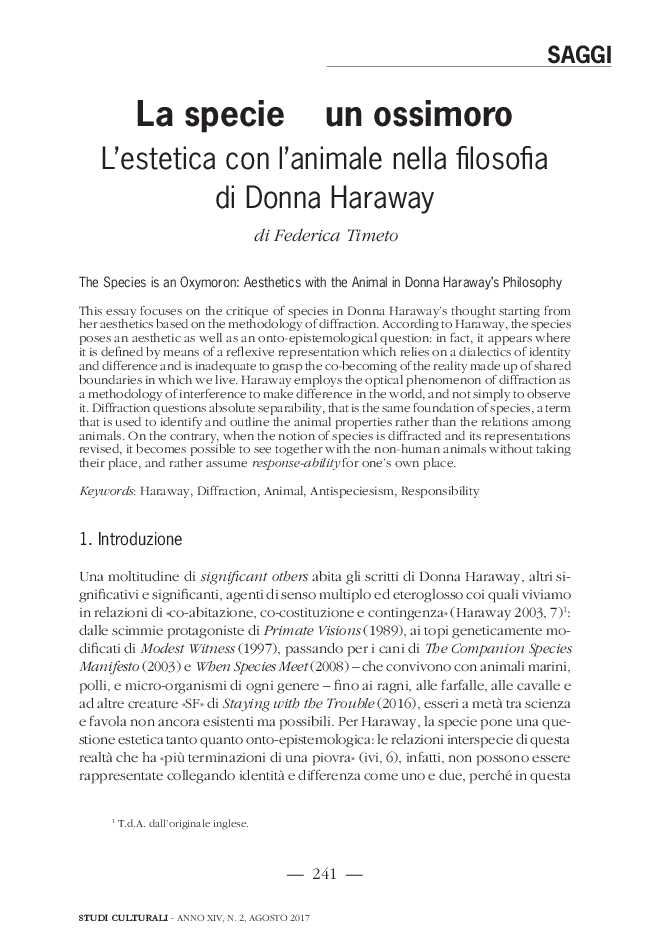