Giuseppe Pitrè (1841-1916) was a prominent Italian folklorist of the post-unification period, who produced a massive collection of Sicilian folksongs, tales, manners, beliefs, and material culture. Writing about popular culture, Pitrè takes an ambivalent stance towards Sicilian subaltern classes. On the one side, he condemns their backwardness and their «sauvage» practices, following a widespread attitude of «internal orientalism»; on the other side, he uses «populist» tones as a way to distance himself from the power of the north and its strategies of state building. We can read Pitrè's text on popular gestures in the context of this complex cultural and political stance. Rather than insisting on the gestures as a form of universal communication, Pitrè shows the peculiarity of the Sicilian cultural code. He describes popular non-verbal communication as a form of cultural intimacy, situating himself both inside and outside the local world of meanings and claiming the role of mediator between power and the people. 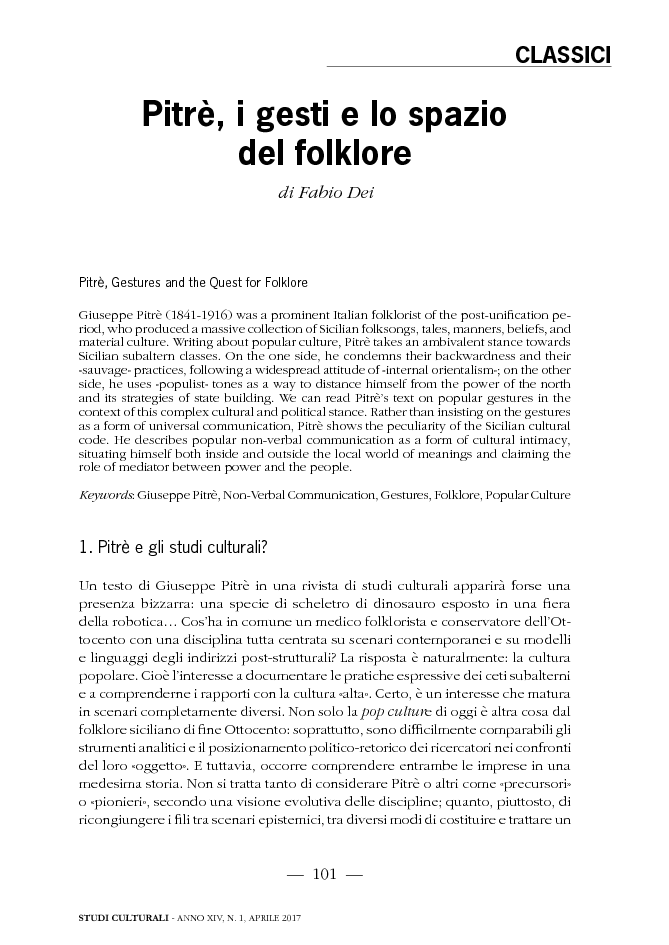