The notion of minor literature in its Deleuzian meaning witnessed a great success within the framework of literary criticism and, more generally, of human and social sciences, until it became the key concept of cultural and post-colonial studies. In particular, it was frequently used to define the writings born in bilingual or multilingual contexts and wherever the linguistic choice of some minority group is tending to adopt the language of majority or, in the specific case of immigrants, the language of the destination country. However, the spread of this notion raises some suspicion about the appropriateness of its application. On the one hand, the paper illustrates the shifts in meaning paired with the translocation of the notion and analyzes its different misappropriations; on the other, it raises the question of the function which such a concept assumes within the discursive dispositive that structures the socalled migrant literature, in order to identify the strategies of (self)legitimation behind the use of the «minor literature» concept within emergent fields of studies. 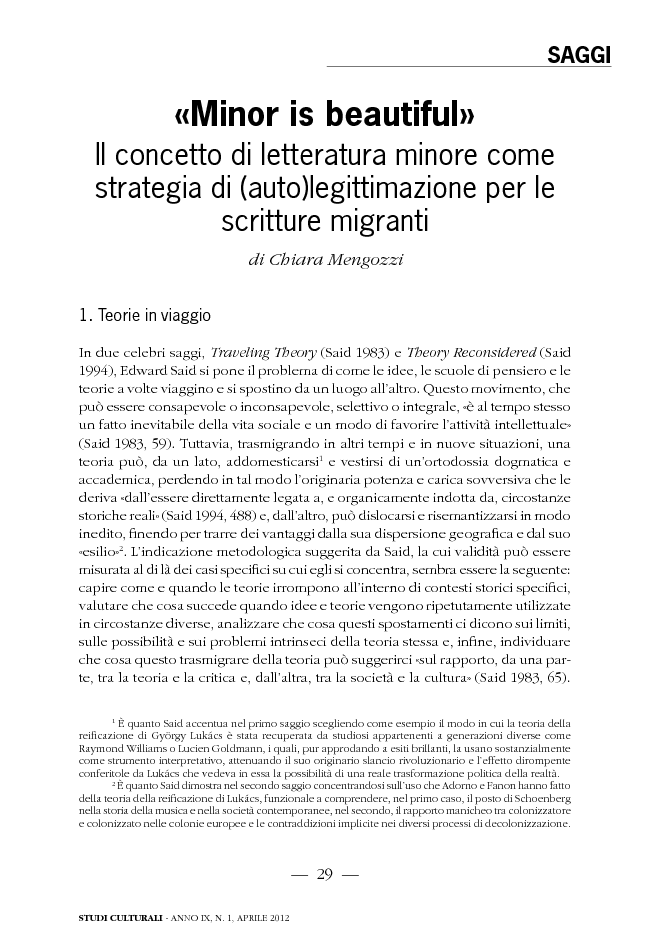