Many studies have been carried on, so far, on both Silvio Berlusconi, Italian former Prime Minister, and «Berlusconism». A large part of those accurately investigate the relation between sex and politics and the sexist elements that has characterized this regime as well as Berlusconi's private and public behaviour. Yet references to the image of women and to the ideas of femininity forecasted by Berlusconi's TV network, Mediaset, are lacking or not to backed up by systematic analysis of TV broadcasts. This is the topic of the present contribution, that takes into consideration two case studies in particular: the early stage of Italian private-owned and commercial TV, whose features are best expressed by the TV show Drive in (1983), and the so-called «makeover television», one of the most recent and popular sub-genre of reality show. It is argued that the ideology and iconography diffused by these programmes is to many extents consistent with (and instrumental to) those found in Berlusconism and its propaganda, especially with regard to gender role and gender relations models. Finally, the contributions tries to evaluate if the image of women that has become hegemonic in both Berlusconism and Mediaset broadcasts can be considered limited to and specific of these only. 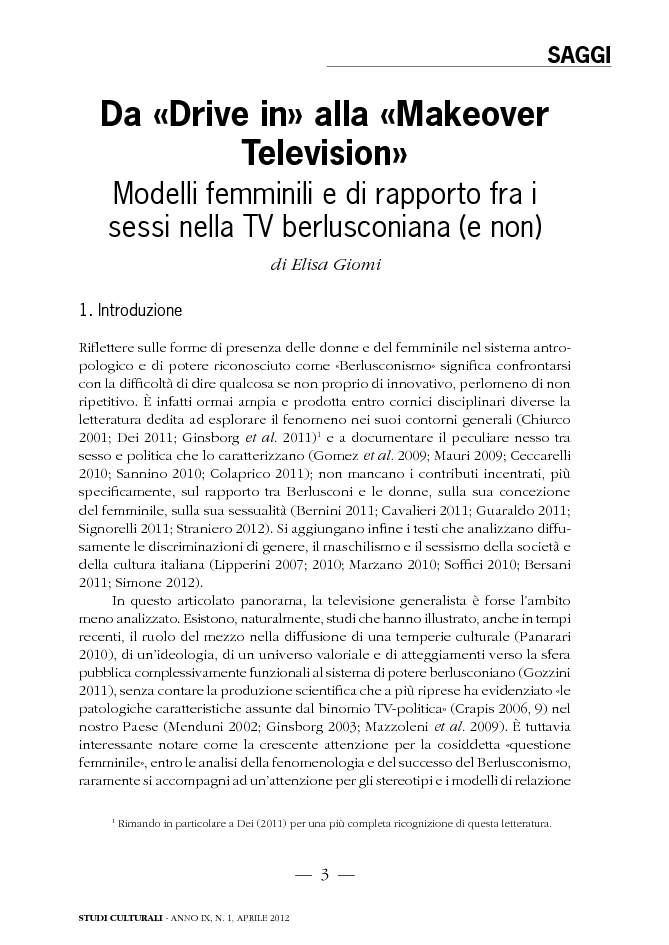