Raewyn Connell is one of the leading scholars in Gender Theory, best known for her studies of the social construction of masculinity. Connell developed that conceptual apparatus in Gender and Power (1987) and Masculinities (1995, 2005), where she has opened up questions about the relations between genders, masculinities and neo-liberal globalisation. In recent years she has turned to theorizing the unequal relationships between the global North and South not only in practice but also in (social) theory (Connell 2007). What characterizes all her research, whether it is on educational inequalities, class structure, gender theory or knowledge production, is the sharp, critical gaze with which she looks at the social world. In this interview we address some of her research topics, such as hegemonic masculinity and violence against women, the concepts of categoricalism and intersectionality, as well as the experience of transsexuality and the future of gender research. 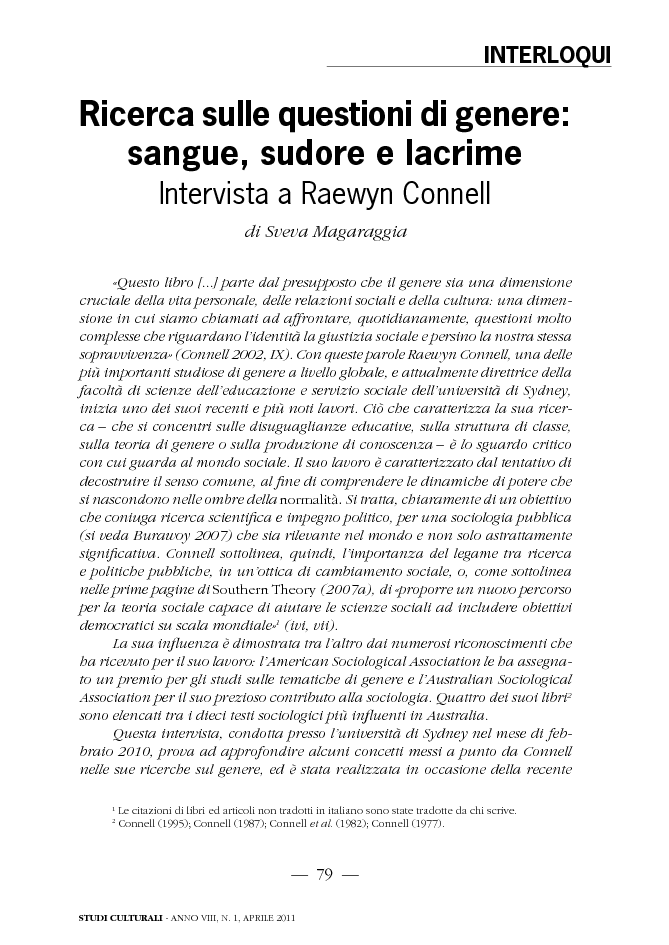