This is a retrospective diary of the six weeks in which I worked as a volunteer for Barack Obama's presidential campaign in two mainly Hispanic poor constituencies in North Philidelphia, the city where I have lived since 1975. The "propaganda" basically consisted of going door-to-door, ringing doorbells and soliciting registrations for the electoral roll or the vote for our candidate. I had done this before, not only in poor quarters, but also in the rich, white suburbs; however, this campaign was different given the importance of Pennsylvania and Philidelphia, the relationships which became established between volunteers and electorate, and the exhilirating victory. 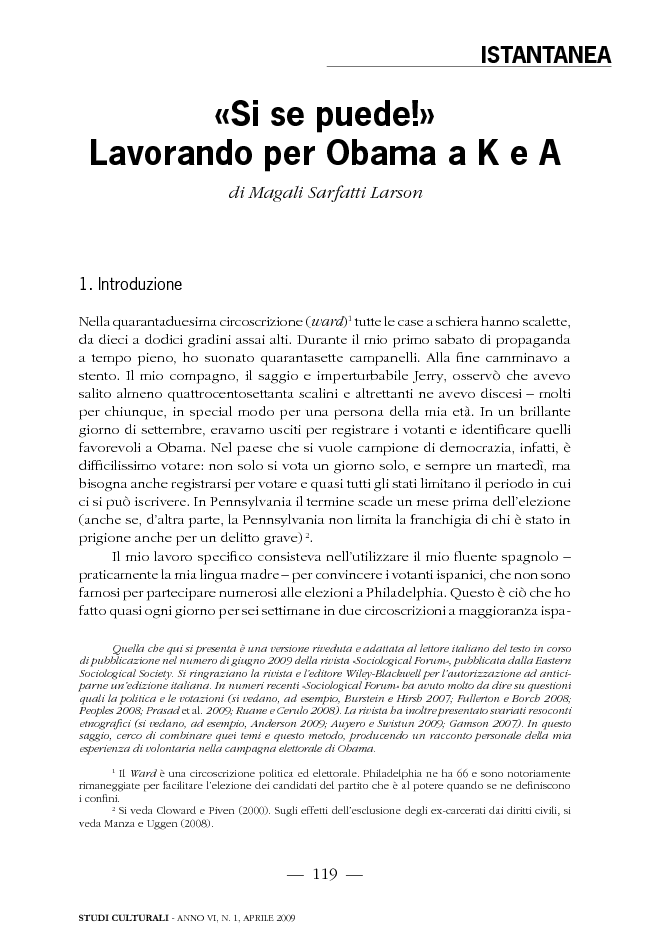